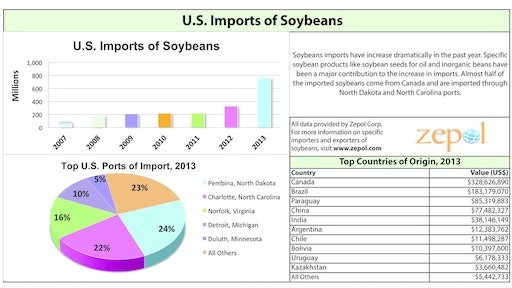 All of the legal action brought against the FDA by consumer activist groups over the deadlines attached to the Food Safety Modernization Act (FSMA) appears to have reached a conclusion, with the announcement late in February of a consent agreement issued by the U.S. District Court in the Northern District of California between the FDA, the Center for Food Safety and the Center for Environmental Health.

The two groups filed a lawsuit in August 2012 charging that the FDA illegally missed deadlines for food safety rules set by Congress in the 2011 Food Safety Modernization Act. The court last year agreed with the groups and issued deadlines for all FDA food safety regulations by mid-2015, but the FDA appealed and asked the court to reconsider.

The consent agreement creates a new time line for finishing the food safety law rules and specifies the following deadlines for these final rules to be sent to the Federal Register for publication.

U.S. olive oil producers contend that "extra virgin" olive oil from Europe may not be as pure as most customers think, and they’ve gone as far as to ask the federal government to intervene by imposing stricter standards on the imports, which now make up 97 percent of the market.

Olive oil production is steadily growing market in the U.S., and the domestic industry has gone from 1 percent of the national olive oil market five years ago to 3 percent today. Most of that growth has come in California, though there are smaller operations in Texas, Georgia and a few other states.

U.S. olive oil producers are seeking to build on that growth, and can’t help but see their present-day fight eerily similar to the California wine industry's push to gain acceptance decades ago.

A provision, backed by California lawmakers that would have allowed the Agriculture Department to extend mandatory quality controls for the domestic industry to imports, made its way into the farm bill passed out of the House Agriculture Committee, but was stripped from the bill on the House floor in an effort led by lawmakers from New York, where many of the country's olive oil importers are based.. The bill's language would have allowed government testing of domestic and imported olive oil to ensure that it was labeled correctly.

In the end, the final farm bill signed by President Barack Obama earlier this month was silent on olive oil, but a nonbinding statement accompanying the bill encouraged the Agriculture Department, the U.S. Trade Representative and the Food and Drug Administration to "remove the obstacles that are preventing the U.S. olive oil industry from reaching its potential," citing a 2013 U.S. International Trade Commission report that said international standards are widely unenforced and allow many varieties to be mislabeled and possibly even adulterated.

According to Kimberly Houlding, executive director of the American Olive Oil Producers Association, producers are still considering petitioning the USDA for an order to establish mandatory quality standards, including frequent testing. Ideally the order would apply to the entire domestic industry, including importers, Houlding says.

The companies chosen as FL’s Top Green Providers will be determined by Food Logistics’ editorial staff and advisory board, and will be profiled in our upcoming June issue.

To nominate a company, please go to the awards page of our website: http://www.foodlogistics.com/awards. All entries must be submitted by Friday, April 18, 2014. For questions, please contact Assitant Editor Eric Sacharski at: esacharski@foodlogistics.com.