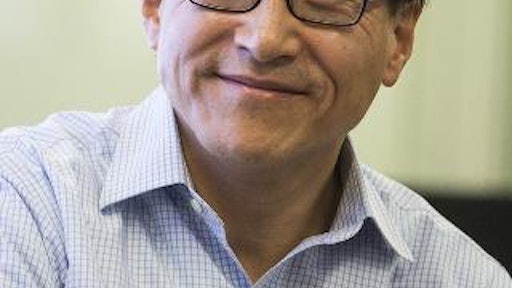 All signs continue to point to Amazon taking aim at the grocery sector in its effort to expand its online grocery delivery business.

Right before the cooking-heavy months of November and December, Amazon recently rolled out a monthly payment option for its grocery delivery service, AmazonFresh. In late October it expanded to several new cities including Chicago and Dallas, and industry rumors suggest that Amazon plans to open grocery stores of its own to compete with rivals like Walmart and Instacart trying to lure customers away from traditional grocery stores.

China's e-commerce giant Alibaba has also been expanding its presence in the online grocery market, but at a business conference last week Alibaba's executive vice chairman Joseph Tsai told the audience they have no plans to try and compete with Amazon in the markets where the American e-commerce giant is already established.

"Right now we are trying to steer clear of each other's swimming lanes," Tsai told participants at a business conference in Hong Kong.

Tsai pointed out that while Amazon is strong in the U.S., the U.K., Germany and Japan, Alibaba dominates in its home market and has a small but rapidly growing business in Southeast Asia, where it recently bought a controlling stake in regional online retailer Lazada.

"The next battleground may be not in each other's backyard, may be in a third area. We don't know where that's going to be," Tsai said. He made no mention of previous Alibaba attempts to break into developed markets, such as short-lived U.S. site 11 Main.

Change was overdue and the time is now to reshape the entire CPG supply chain, from sourcing to production to logistics.
TraceGains
November 3, 2022
Follow Us