Walmart To Go: A Concept Worth Watching

When I visited the store in Bentonville, Ark., recently, my assumption remained intact as I pulled into the store which seemed to be about 5,000 square feet with several fueling islands in front. 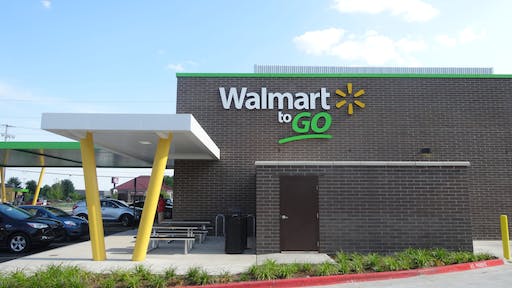 I confess: when I first read about Walmart To Go – one of the small format stores the company has rolled out recently – I paid more attention to the last two words in the store’s name (To Go) than the first (Walmart). Hence, I assumed Walmart To Go is essentially a convenience store.

And when I visited the store in Bentonville, Ark. recently, my assumption remained intact as I pulled into the store which seemed to be about 5,000 square feet with several fueling islands in front.

But upon entering the store, my assumption disintegrated into thin air. I have never seen a convenience store with such an outstanding variety of food and beverages, and certainly not at Walmart prices.

Will this be a new trend in food and beverage retailing? Walmart is not alone in this concept. Kroger Co. has been rolling out its Turkey Hill Minit Markets which are reportedly between 6,000 and 7,500 square feet. No doubt, other retailers are studying the idea.

If a new retail concept is emerging, will it spell challenge and opportunity for logistics providers? Will retailers be able to service these smaller stores from existing stores as Walmart is servicing Walmart To Go? If not, can convenience store distributors service larger stores efficiently?
There are no easy answers to these questions, but the logistics community has to pay close attention because feedback to date indicates these new formats – convenience store/grocery store/fuel station hybrids – have promise.

Walmart presently services the Walmart To Go from a nearby Walmart store, according to Derek Ridenoure, a Walmart supplier specialist and co-founder of Selling to the Masses, based in Bentonville. How fast Walmart To Go expands may depend on how quickly the company can find locations proximate to existing Walmart stores.

For some markets, Walmart could rely on McLane Foods, the Temple, Texas-based food distributor that focuses on convenience stores and foodservice outlets. McLane Foods already services Walmart stores in certain markets, according to Ridenoure.

The downsizing of the traditional-size grocery stores is still in its early stages, and whatever distribution strategy Walmart and its competitors adopt going forward, logistics providers need to be ready. Retailers determine the most efficient arrangement for each location. Logistics providers need to know the best efficiencies for any and all locations they hope to serve.

Jeff Lenard, a spokesman for the National Association of Convenience Stores, notes that retailers will face logistics issues with this concept. The distribution of beer and alcohol is not always seamless, due to local and state laws. The delivery of fresh produce also challenges retailers looking to expand in smaller locations.

The Walmart To Go has a future if what I saw in Bentonville can be duplicated elsewhere.

Motorists access the fueling islands – covered by an overhead canopy – from both of the thoroughfares sandwiching the Walmart To Go store. An overhead canopy bears Walmart’s trademark yellow spark icon. The canopy extends to the store’s entrance, where automatic doors help maintain the interior temperature. Inside, the store features an open layout of aisles and a central checkout area.

As you enter, retail grocery aisles are on the left and the self-serve food and beverage takeouts are at the right. Each aisle and take-out section is designated by big letter banners: wine, cold beer, quick meat, drinks to go, fresh coffee.

Grabbing attention at center rear is a red sign announcing “Bentonville Butcher & Deli,” manned by an appropriately-attired server. The Bentonville Butcher & Deli is a local foodservice establishment that has partnered with Walmart in this venture, as have Community Coffee, purveyor of the self-serve coffee station, and Krispy Kreme, which has a donut stand. Both Community Coffee and Krispy Kreme are well known in the South.

A great place to stop for gas and a take-out meal, to be sure. But a convenience store this is not. The prices are as competitive as a big box store. You can get a fresh, 15-ounce Cobb salad for $3.98 and be confident about the quality.

You can easily do a week’s worth of grocery shopping, thanks to the food and beverage variety in the grocery aisles. There is breakfast cereal, canned soup, pet food, and even a seasonal aisle with picnic chairs, charcoal and charcoal lighter. There is also a walk-in cooler in the beer and wine section.

This is no convenience store. Walmart’s signature values, variety, full-stocked shelves, cleanliness, personal attention and appeal to informed consumers are fully on display.

One way or another, consumers are getting the quality, selection, convenience and value they demand.