African swine fever has spread across Asia, forcing the slaughter of millions of pigs. Now, farmers are trying to combat the disease by breeding pigs the size of polar bears. 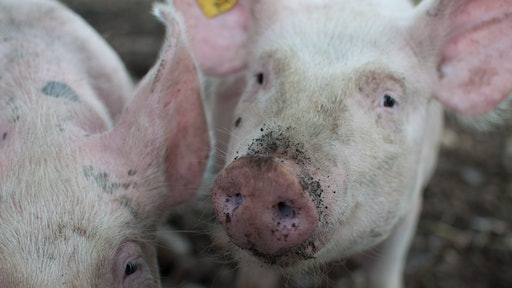 Photo by mali maeder from Pexels

The fever, which does not cause any harm to humans but is extremely fatal to animals, has remained largely in China and Vietnam.

The lack of pork from the world's largest producer, China, has jumped 40 percent globally, causing shortages in other markets. The U.S. Department of Agriculture forecasts its total hog herd will drop 18 percent this year to 350 animals, the lowest since the 1980s. The infection could send farmers into a deeper poverty as many rely on the hogs for their income.

Now, some Chinese farmers have begun breeding pigs that the South China Morning Post reports are as heavy as a polar bear. At slaughter some of the pigs can sell for more than 10,000 yuan ($1,400), over three times the average monthly disposable income in Nanning, the capital of Guanxi Zhuang autonomous region.

The idea that "bigger is better" is spreading across China as high pork prices are prompting farmers to raise pigs to reach an average weight of 175 to 200 kg.

While smaller farms have started the trend, it's not limited to major producers. According to the South China Morning Post, major protein producers in China such as Cofco and Beijing Dabeinong Technology say they are attempting to increase the average weight of their pigs.

The country has been warned that supply situation would be "extremely severe" until the first half of 2020 as it is facing a major pork shortage of 10 million tonnes this year.

However, the crisis could give the U.S. the upper hand in upcoming trade talks as prices for hogs continue to rise, forcing the country to purchase the meat from the U.S. in large quantities. If the virus spreads further, China may make concessions in its negotiations with the U.S.