Americold suggests that funds from operations are more relevant as it made two sizeable acquisitions this year, including Cloverleaf. 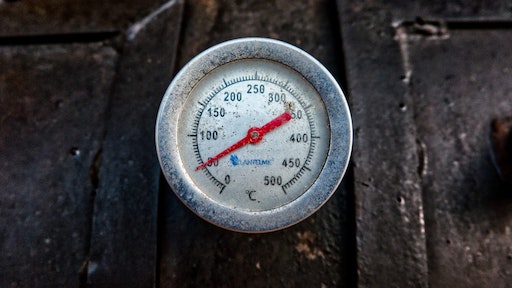 Warehouse space is growing increasingly limited in the United States as e-commerce continues to rise. However, there has been indications that the demand for space may be dropping as Americold reported its Q2 results dropped 83.3 percent in net income to $4.9 million.

The company has shrugged off the number, however, suggesting it is not a primary metric for real estate investment trusts. Americold continued to say that funds from operations are a more relevant measurement - especially as the company made several sizeable acquisitions.

Americold announced  in April that it agreed to buy Cloverleaf Cold Storage for $1.24 billion, further consolidating the refrigerated warehousing sector. The deal will boost the company's market share in the United States as it receives an additional 132 million cubic feet of storage space in 22 facilities in the Southeast and central regions of the United States.

10 Companies Changing the Food and Beverage Space in 2019

The second quarter does like brighter for Americold, though. Loadstar reports that FFO increased from $43.1 million last year to $56 million, and core ebitda reached $93.6 million. In addition revenue grew 11.1 percent.

There are still signs that the warehousing market will slow down in the coming months. Deloitte predicts that demand was slow to 0.9 percent over the next five years.

Though, temperature-controlled warehousing may differ from the general warehouse scene. Currently, the sector is less crowded as there are more significant entry barriers, making the outlook more upbeat.

“As we look ahead, the supply and demand dynamics within our industry remain consistent and favorable to Americold,” said Fred Boehler, president and CEO of Americold Realty Trust. “We expect demand to rise steadily with population and corresponding consumption growth. In addition, the ongoing shift in consumer preferences towards healthy perishable food increases the demand for temperature-controlled infrastructure. We believe these fundamentals are sustainable over the long term.”

CBRE reports that the United States market will need 10 million square feet of additional cold storage over the next five years as the grocery sector moves into the delivery space.

Americold recently broke ground on an expansion project in Atlanta and a new facility in Savannah. Meanwhile, three expansion projects in the Cloverleaf portfolio have already moved forward as well.

Your focus is your business. What’s ours? Protecting your products in transit. Discover how Signode protects products, brands, and bottom lines.
July 1, 2021
Latest

Incorporating Autonomous Forklifts into the Warehouse

The biggest consideration of a warehouse owner should be how exactly the autonomous forklift would blend in the overall function of the warehouse.
Allied Market Research
July 18, 2021

Here's how warehouses can not only beef up their staff immediately, but also prevent future churn by increasing retention, even through a pandemic.
Rufus Labs
July 7, 2021

The cold food industry—from farm to fork---joined forces in a time of crisis to continue pushing food through the chain. Now, one year later, the restaurant revival is in full effect.
Marina Mayer
July 7, 2021

The Restaurant Renaissance: Driver Shortage is Worse Than Pre-Pandemic

Joe Tracy, CEO of Dot Foods, Inc., details why the driver shortage is worse now than it was before COVID-19, and how warehouse automation and other technologies help with staffing challenges.
Dot Foods
July 7, 2021

Your focus is your business. What’s ours? Protecting your products in transit. Discover how Signode protects products, brands, and bottom lines.
July 1, 2021
Follow Us