The grocer agreed to buy a stake in Ocado and license technology that helps other grocers run automated warehouses and deliver groceries. 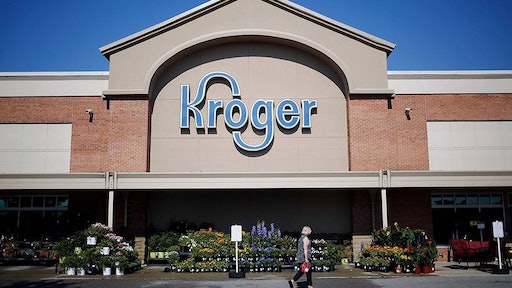 The grocer agreed to buy a stake in Ocado and license technology that helps other grocers run automated warehouses and deliver groceries. The deal is the first of its kind in the U.S. and has raised 62 percent in London.

Kroger will exclusively use Ocado's technology in the U.S. and agreed to buy new shares in the company, taking a stake of 5 percent. The companies are also in talks of identifying sites for three automated distribution centers this year.

According to Bloomberg, only 2 percent of U.S. food spending comes from e-commerce, compared to the 7 percent in Britain.

Kroger has stepped up its game when competing with the likes of Walmart in Amazon by advancing its technologies within stores and acquiring companies. Even online competition is heating up in the U.K. Tesco acquired wholesaler Booker and J Sainsbury agreed to buy Asda from Walmart.