Why not going to your grocery store could actually cost you more at checkout. 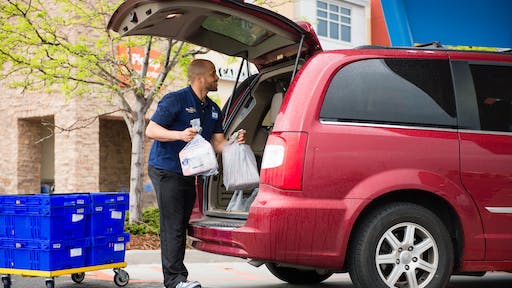 Online shopping is becoming a way of life. The number of consumers pointing and clicking instead of standing in line at the store is increasing at an amazing rate, and it's only going to get more popular, as a recent study  by Forrester Research Inc. estimates online retail will be a half-a-trillion dollar business by 2020.

While the online grocery industry in the U.S. is currently relatively small, the amount of investment by Amazon, FreshDirect, and others as well as the emergence of online grocery shopping in the UK, suggest that online grocery shopping may be the rule rather than the exception in the near future. The trend of online shopping for groceries has seen major growth. Whether it’s buying from a store’s website or make-at-home meals, it’s estimated that 12 percent of all food shopping will be done online in the next three years. Some people think it’s much easier to search online than going down the grocery store aisles, but could this trend actually hurt consumers?

That’s the focus of “Attribute Search in Online Retailing,” a paper authored by Timothy Richards of Arizona State University and Steve Hamilton of Cal Poly, San Luis Obispo, and selected for the American Journal of Agricultural Economics.

“People are really concerned about the price of groceries,” Richards said. “But if they think buying everything online is going to mean lower food prices, they have another thing coming.”

Richards and his co-authors analyzed the spending habits of households participating in the comScore Web Behavior Panel to assess searches, purchases, and prices.