Flies could have played a role in last year's E. coli outbreak that was linked back to romaine lettuce. 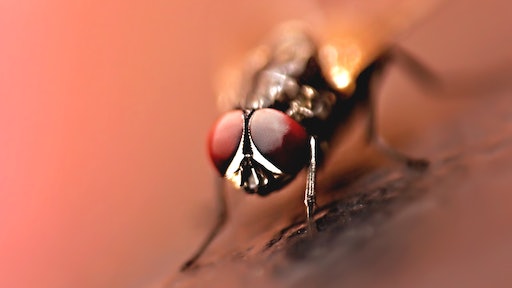 Photo by Nixon Johnson from Pexels

Last summer saw a series of serious recalls, which left consumers concerned and experts scrambling to determine where the source was coming from.

There were three separate recalls that were linked back to romaine lettuce last year. At one point, the CDC and FDA urged consumers to avoid the vegetable regardless of where it was produced. Eventually, officials linked the contamination to an irrigation canal that was located too close to a feedlot in Arizona. However, that doesn't explain how lettuce in California was compromised nearly six months later.

A research team determined that along with feedlot dust blowing in the wind and surface irrigation water flowing adjacent to feedlots, flies could also transfer E. coli from animal operations to produce fields.

“Most fly isolates were the same predominant pulsed-field gel electrophoresis types found in feedlot surface manure and leafy greens, suggesting a possible role for flies in transmitting E. coli O157:H7 to the leafy greens,” according to the research abstract.

The report, "Occurrence of Escherichia coli O157:H7 in Pest Flies Captured in Leafy Greens Plots Grown Near a Beef Cattle Feedlot," will be published in the Journal of Food Protection this month.

Over 200 people across 36 states were sicked from the combined outbreaks. Five of the patients in the first outbreak died, while no deaths were reported in the second outbreak.

The research team determined the occurrence of E. coli O157:H7 in flies collected in leafy green fields that were up to 180 meters from a cattle feedlot. The risk is present at the same level for four of the five capture fly species: house, face, flesh and blow flies. Meanwhile, stable flies had lower levels of E. coli. However, the team discovered the carriage rates for the pathogen were as strong at 180 meters from the feedlot as they were at zero meters.

Register
Industry experts provide an executive outlook into the state of logistics and supply chains, including discussions on automation, transportation, warehousing and emerging technologies.
Follow Us