The latest E. coli tainted romaine lettuce outbreak has been linked back to a reservoir on a farm in Santa Barbara County, California, though the leafy green still isn't safe to eat. 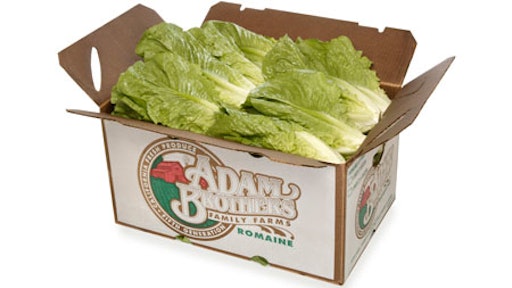 The latest E. coli tainted romaine lettuce outbreak has  been linked back to a reservoir on a farm in Santa Barbara County, California the FDA and CDC announced.

"We cannot say how many cases are linked to this specific farm at this time," Ian Williams, chief of the CDC's outbreak response and prevent branch said during a press briefing. "We have to do additional work at this farm and other farms that are being identified from our investigation."

In November, officials were able to link the contaminated romaine to Central and Northern California. The CDC is still advising consumers to not eat romaine grown in California's Monterey, San Benito and Santa Barba counties until investigations are complete. Earlier warnings against eating romaine from San Luis Obispo, Santa Cruz and Ventura counties have been lifted.

Illnesses are still being reported from the the leafy green, bringing the total to 59 people across 15 states. The most recent identified cases occurred within the same time as the main outbreak, so officials are hopeful that they are closer to identifying the main source of the contamination.

CNN reports that water and sediment at the irrigation reservoir on the property of Adam Bros. Family Farms in Santa Maria tested positive for E. coli O157:H7. The strain was a nearly identical genetic match to those who have fallen ill. However, the contaminated water doesn't full explain all of the illnesses so far.

"We don't believe this is the only location involved in the outbreak," Stephen Ostroff, senior adviser to FDA commissioner tells CNN. The investigation has reportedly identified 11 distributors, nine growers and eight farms as potential sources. Many of those sickened had eaten more than one meal that contained the tainted romaine across a number of different restaurants.

Farm Linked to Romaine Outbreak Recalls Cauliflower and Other Lettuce