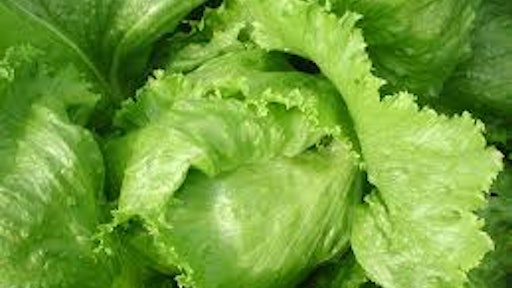 The FDA believes that the on going E. coli outbreak that has been linked to romaine lettuce originated early on in the supply chain. So far, officials have not been able to find any common distributors among outlets connected to the outbreak.

An additional 25 people have reportedly fallen ill from eating the contaminated lettuce, CNN reports, bringing the total to 197 people across 35 states. Since the outbreak started on March 13, five people have died and 89 were hospitalized, including 26 who developed a type of kidney failure.

The FDA continues to investigate the outbreak, narrowing down the the consumption to chopped romaine lettuce. So far, any contaminated product from the Yuma growing region, which was where the contamination took place, has worked its way through the food supply chain and is no longer available for consumption. The FDA reports that any immediate risk is gone, but is still investigating to prevent any similar events.

The traceback efforts that the FDA and partners have gone through involves them working backwards from the point of consumption or purchase of the product through the supply chain, investigating multiple steps along the way. According to the FDA, the steps include suppliers, distributors and processors where the lettuce was chopped and bagged, and then back to the farms that could have grown the lettuce. The FDA does the process manually, but as Food Logistics previously reported, blockchain technology could have helped prevented the outbreak.

The FDA reports that with the current outbreak there are still no obvious points of convergence along the supply chain. There is only one straight line back to Harrison farms, which was linked to eight prisoners at an Alaskan correctional facility getting sick. Harrison Farms was able to be identified due to the fact that it was not processed and not mixed with lettuce from multiple farms, as seen in other parts of the traceback.

So far, the only common factor within the outbreak was that the lettuce was grown in the Yuma, Arizona region. Officials have determined that the contamination was unlikely to have happened near the end of the supply chain. The contamination likely happened in the growing region.

Officials are actively evaluating a number of theories as to how lettuce on multiple farms in the same region could have been contaminated at the same time. They are reviewing the possible that it occurred through environmental contamination (irrigation water, air/dust, water used for pesticide, animal encroachment) or that it happened just after the lettuce left the farm. However, the source of the contamination remains difficult to identify.

According to the FDA, efforts are complicated due to romaine lettuce's short shelf life. None of the lettuce that made people sick has been available for testing because of the time frame of people becoming sick and seeking health care. The growing time frame in Yuma had also ended by the time the outbreak was reported.

Currently, romaine lettuce production in Yuma is idle until the winter months, creating difficulty to find places where the E.coli 0157:H7 organism could be hiding.

The FDA reports that romaine lettuce grown in other regions have been a part of the outbreak.