As the E. coli outbreak continues to grow, the main source of the contamination has yet to be found. 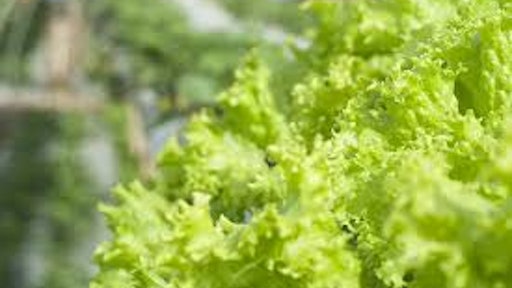 An E. coli strain that has spread across half the country, sickening 121 people and killing one, has stumped investigators.

So far, scientists have been able to identify a general growing area in Arizona has the source. However, as the outbreak continues to grow, the main source of the contamination has yet to be found.

The CDC was able to link eight cases to Harrison Farms. Eight prisoners in an Alaskan prison were sickened after eating romaine lettuce that was purchased from the farm. However, the FDA was quick to inform that Harrison Farms wasn't the main source of the outbreak.

Officials are predicting that the outbreak will continue for several more weeks, causing it to be the largest E. coli flare-up in over a decade.

Even though we are in an age of technology, the investigation is complicated with the fact that the romaine can come from a variety of farms and be commingled at points along the supply chain, The New York Times reports.

Regulations developed to safeguard fresh produce delivered to schools, restaurants and grocery stores nationwide are not yet enforced with inspections. Most farms are keeping up with federal recommendations known as good agricultural practices (GAP) and submitting to voluntary audits that check whether produce is grown and packed to minimize risk.

Strains of E. coli do emerge, however, mostly in beef and can be neutralized by cooking. With beef products, they can be identified by bar codes and lot numbers and are easier to trace than produce.

Since the lettuce is being eaten raw, it will infect the consumer. Some of the reported sickened people have experienced kidney failure. Opportunities to test lettuce is limited due to its short shelf life.

The outbreak was initially started in New Jersey, The New York Times reports. According to the newspaper, New Jersey Health Department investigators contacted officials at the Centers for Disease Control and Prevention on April 2 after seeing numerous patients with E. coli infections. Within days, more states called in having identified a common DNA fingerprint of the bacteria among patients. By April 5, the CDC indicated a multi-state outbreak.

Most of the patients reported not knowing what type of lettuce that they ate, noting that most of the cases were linked back to restaurants who use big bags of prechopped lettuce.

Not every romaine is the same, though. It can be processed and distributed in many ways. The scores of patients who became ill after eating romaine at restaurants had not consumed the whole-head product.

The full measure of the outbreak will never be known since only the sickest patients seek medical help. According to The New York Times, the CDC estimates that for every reported case there are 20 to 30 more people falling ill from the same strain.

Officials have said that the bacteria originated in the fecal material of an animal. How the produce was contaminated is still unknown.

The New York Times reports that the investigation will continue focusing on the Yuma area. The Yuma growing region includes upwards of 230,000 acres of agricultural land, 23 cooling plants and nine facilities that produce bagged lettuce and salad mixes.

To stay current, food distributors will need to figure out the best security options for their facilities.
Safe and Sound Security
June 2, 2021

Marina, Brielle and Mackenna discuss the microchip and cannabis shortage and the generational divide when it comes to sustainability practices.
Brielle Jaekel
Marina Mayer
Mackenna Moralez
May 26, 2021
Follow Us