The budding cannabis industry has intrigued the likes of consumers and businesses. 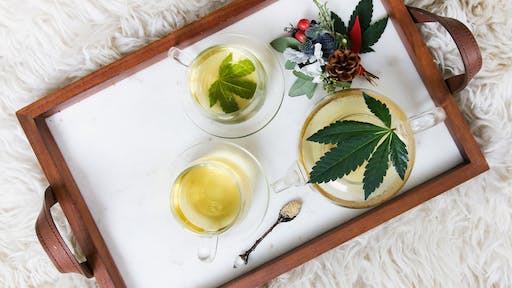 Photo by Kimberly Nanney on Unsplash

Consumer interest in cannabis-infused foods is peaking as a study by Culinary Visions found that 37 percent of those surveyed would consider ordering an item at a restaurant.

"The question on everyone's mind is what kind of menu items should invest in creating and whether this is something consumers will be willing to order in restaurants," says Sharon Olson, executive director of Culinary Visions in a statement. "We found relatively comparable levels of interest in a culinary experience with multiple courses that include cannabis-infused products throughout as we did in on-the-go products from a convenience store."

The study found that 47 percent of consumers want food and beverages to primarily serve functional purposes, while 48 percent also expect the products to taste good. Consumers have begun searching for cannabis-infused products at a range of retail sites, from convenience stores to entertainment venues.

While 37 percent of respondents would consider ordering a cannabis-infused item at a restaurant, the survey also found that consumers prefer not to consume the products while dining out as it has a stigma against it. The product category is more likely to gain acceptance as part of experiential dining in a full service restaurant than quick-service venues.