The complaints filed with the FTC and the FDA allege that Costco egg supplier, Hillandale Farms, deceived consumers concerned about animal welfare and that the filthy and unsanitary conditions present serious food safety concerns.

The Humane Society of the United States 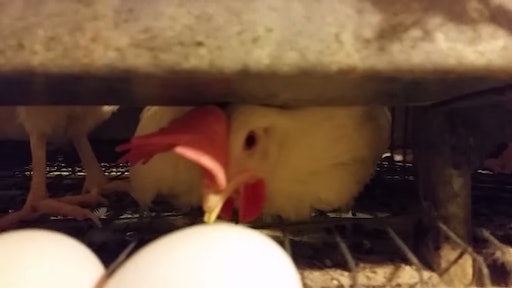 A Costco egg supplier has misrepresented the way its eggs are produced according to legal complaints filed by The Humane Society of the United States. The complaints also call for two federal agencies to further investigate potential violations of federal false advertising and health and safety laws.

The complaints—one filed with the Federal Trade Commission and one with the Food and Drug Administration —allege that Costco egg supplier, Hillandale Farms, deceived consumers concerned about animal welfare and that the filthy and unsanitary conditions at Hillandale present serious food safety concerns.

Depictions of hens roaming in a pasture on Hillandale’s Nearby Eggs label stand in sharp contrast to the inhumane treatment and food safety concerns revealed in a recent undercover investigation. The HSUS investigation of a Hillandale facility found birds locked in cages so tightly they couldn’t even spread their wings, live birds forced to share cages with the mummified remains of their dead cage-mates, fly infestations, and deteriorating facilities.

“It’s unconscionable to mislead Costco consumers with false depictions of how those eggs were produced,” says Jonathan Lovvorn, senior vice president and chief counsel for animal protection litigation at The HSUS. “The horrific conditions documented at this egg facility warrant federal investigation to ensure consumer safety.”