No Country is Safe From African Swine Fever

African swine fever has spread across Asia, forcing the slaughter of millions of pigs. 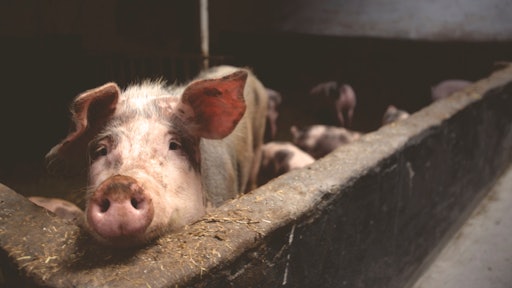 The fever, which does not cause any harm to humans but is extremely fatal to animals, has remained largely in China and Vietnam. However, the U.N. Food and Agricultural Organization announced that the infections have spread to Laos, prompting experts to believe that it is the largest animal disease outbreak in history. The disease can be transmitted by a tourist bringing back pork products from a contaminated country, throwing it away and the garbage being used by farmers to feed their pigs.

Now, Reuters reports that no country is immune from being hit by the deadly animal virus as it spreads further across Asia.

The disease has greatly affected China, the world's top pork producer. It has been found in 50 countries, killing hundreds of millions of pigs, thus reshaping global meat and feed markets.

The crisis could give the U.S. the upper hand in upcoming trade talks as prices for hogs continue to rise, forcing the country to purchase the meat from the U.S. in large quantities. If the virus spreads further, China may make concessions in its negotiations with the U.S.

Reuters reports that China's hog herd was more than 40% smaller in September compared to the same period last year. Though, experts believe that the losses will only get greater as the disease continues to spread.

African swine fever has already been found on farms in eastern Europe, but its spread has been mostly contained because of tight security measures implemented in some countries.

The USDA is taking additional steps to keep African Swine Fever (ASF) from entering the U.S. as the disease continues to spread internationally.

In coordination with the pork industry, the USDA has enhanced the following activities to intensify multi-agency efforts to help prevent ASF's entry into the states: