There are some limits to "the claw" as the spiked seltzer brand is experiencing a supply shortage. 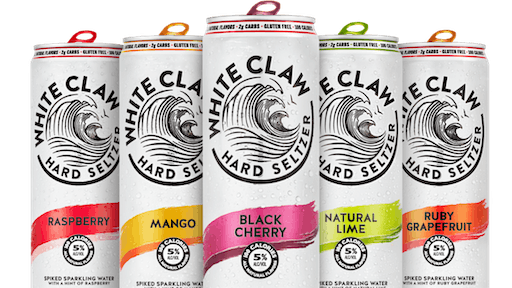 The spiked seltzer brand, White Claw, became a viral sensation over the summer after it became a popular meme.

Now, the company is experiencing a shortage of the drink, reassuring concerned millennials that it is "working around the clock to increase supply given the rapid growth in consumer demand."

The response that White Claw has had over the summer during "White Claw Wednesdays" and "White Claw Weekends" have tightened the company's supply chain.

"We are working around the clock to increase current supply and total capacity heading into 2020 so that we can get every consumer White Claw when they want it," White Claw president Phil Rosse said in a statement to CBS News.

The brand has yet to say when supply would rebound, however, distributors should expect to be on allocation until there is a normalized safety stock position.

According to CBS News, the shortage led some fans to panic and attempt to stockpile the beverage. Some stores even sold out of the product altogether.

I still can’t believe this frat came and bought $7,500 worth of white claw 😂 pic.twitter.com/QMacxDzTkH

Meanwhile, the announcement comes just after Popeyes announced that it sold out of its chicken sandwich completely.

According to DMN, the #ChickenSandwichWar between the company and Chick-fil-A was able to generate the equivalent of $23 million worth of advertising for Popeyes, without the company having to spend a single cent.

First we ran out of Popeyes Chicken Sandwiches

It's like we're living in our own Brexit https://t.co/gxrbphUSYj