A new flexible film that's coated in molecules glow when they touch e. coli cells has been developed. 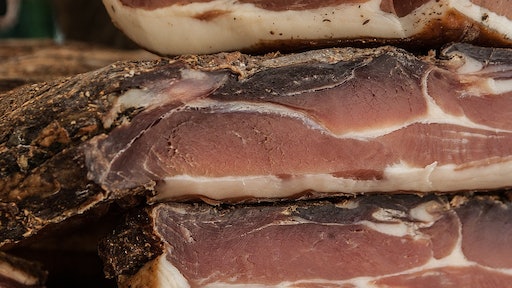 A new plastic film has been developed to help prevent consumers from food poisoning.

Carlos Filipe and colleagues have developed a new flexible film that's coated in molecules that glow when they touch e. coli cells.

The sensors are the size of postage stamps and glow when tested on tainted meat and apple juice, but not when it touches unspoiled samples. In order to see the glow, it must be viewed under an ultraviolet lamp or a fluorescence scanner. Smartphone apps have been developed for consumers use and grocery stores could potentially provide scanners.

Filipe and his team plan to make the films glow in the presence of other bacteria. Food packaging equipped with such microbe monitors could help end the spread of foodborne illnesses.

More Than 60% of Americans Still Grocery Shop In-Person, Despite Growth in Online Shopping and Grocery Delivery Due to COVID-19

Regardless if people are using grocery delivery services or shopping in the store, spending at grocery stores has changed as a result of COVID-19.
The Manifest
August 27, 2020

Improving Demand Forecast Accuracy During and After COVID-19

Although there is a slight chance for virus contamination, there is no evidence for the spread of SARS-CoV-2 through consumption of food or in association with food packaging.
American Frozen Food Institute (AFFI)
August 25, 2020