To avoid potential delays and spoilage, now would be the time for importers to ensure their Foreign Supplier Verification Program is in place and running. 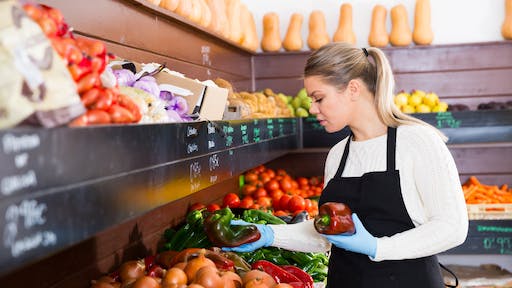 As the Federal Maritime Commission (FMC) seems poised to more actively police carrier contracts and general common practices of the ocean market, the Food & Drug Administration (FDA) is now ratcheting up enforcement of the Foreign Supplier Verification Program (FSVP). With peak season in full swing, importers to the United States are concerned that interference by a government agency may disrupt their business.

The FSVP is one of seven foundational programs included in the Food Safety Modernization Act (FSMA). The legislation was introduced by the FDA and was officially signed into law in 2011. It requires importers to verify that their foreign suppliers of food for human and animal consumption meet applicable FDA safety standards. The purpose of this piece of legislation is to make certain that food safety procedures are consistent across every product meant for human or animal consumption in the United States, regardless of its place of origin. Additionally, goods in that category must be properly labeled and handled regarding allergens. Importers are required to uphold standards outlined in the FSVP and the FDA enforces compliance.

When the new rule was introduced over a decade ago, international representatives understood that it would be unfair to begin strict enforcement right away. It would take time for importers to fully understand and acquire the resources to follow FSVP rules. During the first phase of implementation, the FDA would phase-in importers, assisting them in following proper protocol. Education, training and technical assistance were the main objectives as the act was rolled out.

Midway through 2021, the FDA announced that they will be shifting to the next phase of implementation. All compliance dates have passed, and the government agency is now moving into verification and enforcement. FDA representatives are now reviewing compliance documents for certain importers and conducting numerous on-site inspections. Their goal is to ensure that all entities importing goods into the United States are following all FSVP compliance legislation.

Therefore, if the FDA comes knocking on your door for an inspection, expect representatives to take an interactive approach. It’ll be a two-sided conversation, and there won’t just be immediate enforcement. The focus of all agents will be to discuss your daily operations, ask questions and gather official information. With these on-site inspections, investigators are going to root out any potential FSVP deficiencies regarding physical procedure, document handling or any other part of an importer’s process.

Once all relevant information is gathered, investigators will point out and give detailed explanations of any issues that the importer may have. Then, they will be given the opportunity to fix any of the issues discovered by the FDA on an agreed upon timeline. If problems arise in meeting deadlines, the importer should let representatives from the FDA know.

For ocean carriers, air carriers and non-vessel operating common carriers, this isn’t an inherent supply chain issue. If their clients are equipped to follow FSVP rules and pass all inspections, there will not be any transit delays because of that specific issue. On the flipside, if importers are not compliant with FDA rules and regulations, the FSVP has the potential to cause significant problems. Your customs and brokerage team could get tied up attempting to fix issues that are largely out of their hands.

Click here to hear more about maritime issues and regulations during the supply chain crisis:

Therefore, to avoid potential delays and spoilage, now would be the time for importers to ensure their FSVP program is in place and running. Training for the program is encouraged because it will provide the knowledge required to successfully comply with the FSVP. It can be found through several online portals made available by the FDA and other organizations

View
Industry experts provide a rundown of the different solutions available and why ERP, track-and-trace and other supply chain management software is crucial to the success of your business.
Crisp
Follow Us