Amazon to Match Walmart's Sales in the Next Three Years

Walmart is still topping sales, but Amazon is creeping up quickly behind the retailer to take the top spot. 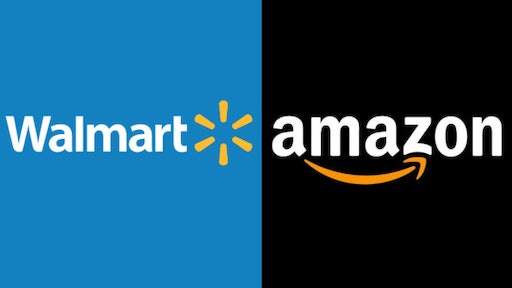 Amazon is expected to match Walmart's domestic sales within the next three years, CNBC reports.

Amazon is currently the second-largest U.S. retailer, and is believed to be the fastest growing at scale. However, Walmart is still at the top with sales, ranking $495.8 billion in annual revenue.

However, no matter how well Walmart seems to be doing, Amazon is creeping up on them quickly. The e-commerce giant boosted GMV from $141 billion in 2016 to $186 billion in 2017, CNBC reports.

Walmart has been attempting to combat Amazon's sales by ramping up its online grocery-delivery service. The retailer is planing on expanding its service to 40 percent of the country and won't charge customers a subscription fee. This is a key advantage against Amazon, who just announced that it would be raising its premium member from $99 to $119.