Since opening its pilot store in Seattle in January, Amazon has been hinting at potential expansion. 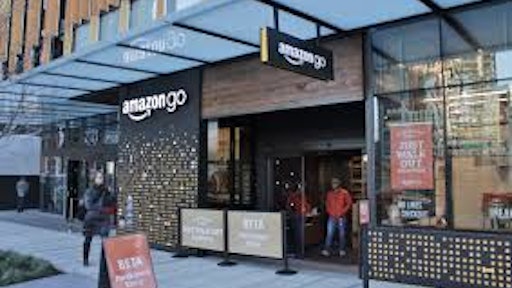 With the success that Amazon has seen with its cashierless grocery store, Amazon Go, the company is ready to expand to more cities, the Seattle Times reports.

So far, it is rumored that the new Amazon Go stores will be headed towards Chicago and San Francisco.

Since opening its pilot store in Seattle in January, Amazon has been hinting at potential expansion. In February, a building permit for a 625-square-foot "Amazon store" was seen in Chicago's Loop district, and the San Francisco Chronicle reported that Amazon was planning to open a store near the city's square, the Seattle Times reports.

In order to shop at the store, customers will need to have the Amazon Go app on their phone and scan it to gain access. Amazon's systems use cameras and weight sensors to track shoppers and identify what they take off of shelves. Although the store is now experience some successful months, the employee-only trials saw technical difficulties, according to the Seattle Times.

There have been rumors of other possible locations. Locations in Los Angeles have been mentioned on numerous occasions. People familiar with the matter said that the company could potentially open as many as six storefronts in the city.

Is Amazon’s Entry Into The Grocery Business A Threat To Traditional Chain Stores?