Anheuser-Busch InBev is planning to sell the Peroni and Grolsch brands it would gain from its acquisition of SABMiller to head off European regulatory concerns over the 71 billion pounds ($107 billion) brewery merger, the Financial Times said on Sunday, according to Reuters.

AB InBev, which owns the Stella Artois and Corona brands, wants to dispose of the SABMiller brands amid worries the combined entity will have too much dominance over Europe's premium beer market, the FT quoted a person familiar with the matter as saying.

But another person familiar with the deliberations told the FT that while a sale was being considered, no formal process had been agreed on and the plans were subject to change.
Brussels-based AB InBev launched its formal takeover of London-listed SABMiller earlier this month, in a deal to create a unified company that would earn half of the entire brewing industry's profits.

No price for the Peroni and Grolsch brands has been indicated.

But The Sunday Times, which was the first to report their likely sale, said the two brands are expected to fetch billions. 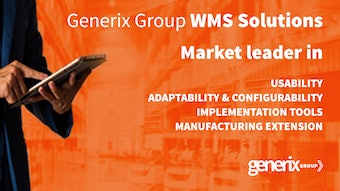 In working with the right partners, food and beverage companies can increase their sustainable practices throughout the warehouse to lessen their environmental footprint.
ORBIS Corporation
October 19, 2022
Follow Us