The Seattle retailer hopes to make its challenge a regular event that encourages innovation in robotics and steers academic research toward e-commerce automation. 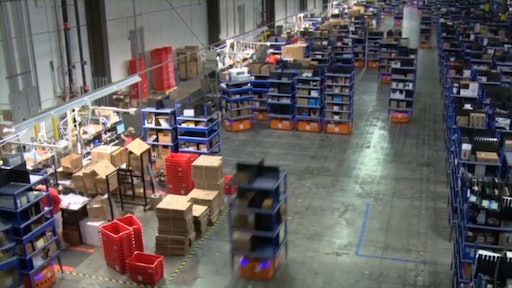 Amazon.com Inc.’s inaugural “Amazon Picking Challenge” inspired mechanical engineering and computer science students from around the world to design robots that can grab boxes of Oreo cookies and pencils from warehouse shelves and place them in bins, tasks ordinarily done by people, according to Bloomberg News.

The Seattle retailer hopes to make its challenge a regular event that encourages innovation in robotics and steers academic research toward e-commerce automation.

The world’s largest e-tailer, which had 2014 revenue of $89 billion, budgeted a total of $26,000 for prizes and $60,000 for travel grants for more than 30 teams participating in the competition this week at the International Conference of Robotics and Automation in Seattle.

The feedback highlights the competition Amazon faces in using a contest to attract the resources and talent of academic researchers to solve its problems. The Department of Defense, for instance, hosts the DARPA Robotics Challenge in Pomona, California, next month, featuring $3.5 million in prize money for teams that design the best robots that can assist humans in natural disasters.

Amazon has made big investments in automation to make its warehouses more efficient. It purchased warehouse robot-maker Kiva Systems Inc. for $775 million in 2012 and has 15,000 robots deployed in its facilities. Those machines move entire shelving units, but picking individual items is a difficult task for machines and remains better performed by people.

That was the focus of the Amazon challenge. Each team’s robot tried to pick up a shopping list of items of varying shapes and sizes – Crayola markers, a duck toy, tennis balls – stored on shelves and place them in a bin.