The Dark Side of Dark Stores

It has become crystal clear to virtually all supermarket operators that they must be able to compete successfully for online sales if they are to remain financially viable. 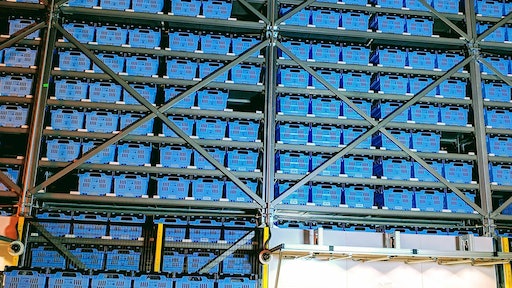 E-grocery in the United States was already growing rapidly at the start of last year, stimulated both by Amazon’s entry into food retail and by Walmart’s scaling of its online grocery pickup service to more than 3,000 stores. Then, the sudden disruption of society by the Coronavirus disease (COVID-19) pandemic generated an unprecedented surge in consumer demand for e-grocery that has accelerated adoption by years and permanently altered the food-retail landscape. Incisiv now estimates that in 2025, e-grocery will account for more than 25% of total food sales, an extraordinary increase over their pre-COVID-19 projection of 13%. It is now crystal clear to virtually all supermarket operators that they must be able to compete successfully for online sales if they are to remain financially viable.

However, the operational and financial challenges associated with e-grocery fulfillment remain unsolved, and have been exacerbated by the surge in demand. The cost of manual fulfillment in stores consumes most of the gross margin on sales, and pickers compete with customers for aisle space, reducing picker productivity and irritating customers. As a result, many retailers are considering “dark stores” as a solution to fulfilling online orders.

What exactly is a dark store? The term originated in the UK with Tesco, after it encountered many challenges of fulfilling online orders out of their stores when demand started scaling. Tesco responded by creating facilities solely dedicated to picking online orders, thereby “relieving” nearby self-service stores of this task and coining these facilities “dark” stores because they are closed to shoppers. Picked orders are then either delivered to customer homes or to the nearby stores to be held for collection by customers.

Dark stores are an attractive alternative to manually picking in live stores for a number of reasons:

·        With no customers present and with store layouts optimized for picking efficiency, the cost of manually picking orders can be reduced dramatically, and automation technology can be installed to reduce picking costs even further.

·         The removal of pickers from the aisles of self-service stores eliminates the irritation to customers.

·         Inventory management can be more accurate than is possible in stores, enabling reductions of out-of-stocks and substitutions.

·         Dark stores can be located in industrial areas where real estate costs are much lower than retail locations.

·         A dark store can have a greater order-fulfillment capacity than the combined capacity of stores it replaces, thereby increasing overall capacity to generate revenues.

·          Dark stores can be located in geographies where a retailer has few if any self-service stores, thereby enabling a retailer to establish a market presence essentially as a “pure-play” e-grocer.

However, there are a number of disadvantages to using dark stores to relieve existing self-service stores:

·         Transportation costs are significantly higher due to longer home-delivery routes and the need to transport click-and-collect orders to the stores, where additional handling costs are incurred as well. These higher costs offset a significant portion of the reduction in picking costs achieved by moving picking out of the stores.

·         The lead time required to fulfill orders is increased, in many cases making same-day delivery or pickup difficult if not impossible.

·         Finally, and most importantly, moving the fulfillment of online orders to a dark store is a form of cannibalization that effectively shifts the generation of revenue from self-service stores to dark stores without reducing the fixed costs of operating the stores, which deleverages the profitability of the self-service stores. As online penetration increases, profit erosion accelerates, and at some point self-service stores will cease to be financially viable as operating entities.

This latter point is not widely appreciated by either retailers or analysts. A self-service store generates revenues by attracting customers to come to the store and shop, i.e. fulfill their own orders. Let’s consider the operating economics of an individual store when a self-service retailer begins offering customers the option to order from its stores online, but for competitive reasons cannot raise prices for online orders. For the sake of simplicity, let’s assume that the store’s customer base remains constant and store associates fulfill online orders rather than an outsourced third-party service.

Online sales impose significant variable labor costs for fulfilling those orders, so store profitability declines. However, as long as the additional variable costs are less than the gross margin, revenues from online orders still contribute to the store’s fixed costs and profit.

If the retailer then opens a dark store to fulfill the online orders for that store, the store is indeed relieved of the additional variable costs of order fulfillment, but it is also relieved of the revenues from customers who used to shop at the store physically but are now ordering online, because those revenues are no longer being generated by the self-service store but by the dark store. In effect, the store has been cannibalized by the dark store. However, fixed operating costs remain the same, so the ability of the store to generate profits has been impaired by the dark store. From the perspective of the store’s operating economics, the cannibalization of revenues by the dark store looks no different that the loss of customers to a competitor. While that’s obviously not true at the enterprise level, the point is that shifting of revenue generation from stores to dark stores creates a real threat that rapidly increasing e-grocery penetration will eventually cause many stores to begin generating operating losses instead of profits.

It can be argued that operating dark stores is necessary for the retailer to be profitable with e-grocery, and that if the retailer doesn’t cannibalize its own stores, another retailer will. Both of those arguments might be true, but they don’t address the question of whether existing stores—and retail enterprises—can remain financially viable over the long term if e-grocery penetration reaches levels now being projected.

Dark stores may well make sense as an immediate supplement to stores that are currently overwhelmed by the COVID-19-driven surge in demand, or in “greenfield” geographies where a retailer has few or no stores. However,  retailers should the use of dark stores as a short-term or opportunistic expediency rather than a long-term solution to the core problem of e-grocery profitability. To survive and thrive in the post-pandemic world ahead, retailers simply must find ways for their existing stores to operate profitably serving both the customers who order digitally and those who shop physically.

One trend that's here to stay -- grocers are investing in the technological capabilities needed to provide customers with safe, engaging shopping experiences, whether in store or online.
Stor.ai (formerly known as Self Point)
February 3, 2022

Manifest: The Future of Logistics is Now

What does Ludacris and logistics have in common? Manifest 2022 brought together close to 1,400 in-person attendees, 100-plus exhibitors and over 200 thought leaders to talk the future of logistics, capped off with a performance of songs from the past.
Manifest, LLC
January 31, 2022