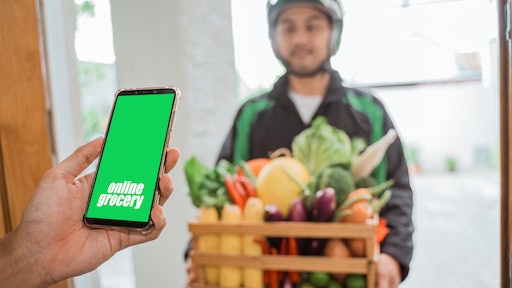 Coop Norge AS is one of Norway’s biggest supermarket chains, with revenues of $3.3 billion. In the midst of the Coronavirus disease (COVID-19) pandemic, Coop made a key digital transformation – further demonstrating the company’s continued commitment to serving its customers – a focus the grocery chain has had since its founding in 1906.

Coop Norway is part of the national food supply fallback program in Norway. As such, the grocer has a special societal responsibility to help those who need to avoid buying groceries in physical stores due to the COVID-19 pandemic. The purpose is to supply food to those at-risk or quarantined, without putting them or the society at risk.

When the Norwegian government came to the grocer to make online shopping a reality for shoppers across its 1,200-store fleet, Coop was able to quickly pivot and make this a reality, launching an online e-commerce platform with 70,000 products – complete with home delivery fulfillment – in two weeks. Not long thereafter, they were able to extend the delivery capacity across the widespread country, covering 89.76% of Norwegian homes.

The scope of the project was well-defined, focusing only on the key basic needs; this was one of the keys to speed. Another key was that most of the functionality in the scope already were features in Avensia’s pre-packaged e-commerce framework. The third key was that Coop had both the willingness and commitment to work hard and take a pragmatic approach. This allowed the project – that typically would take months to finish – to be delivered in just a couple of weeks.

There was no time for long specification meetings. The specification was basically written on a napkin -- make groceries available online with home delivery. The initial meeting with Coop took place in the afternoon, and the morning after, the team had proof of concept. The first order came in through the system 8days after the start of the project. The site was completely finished after 14 days, as some new features were added on top of the original scope.

Coop’s e-commerce platform was developed using the Avensia Nitro solution, built on Episerver commerce using a Microsoft Azure cloud platform. Used by some of the most demanding e-commerce sites in the world, Avensia Nitro offers limitless capabilities and is ready-made for a rapidly changing consumer landscape. Renowned for its fast time-to-market, it can be deployed to form the foundation for feature-rich e-commerce sites within 30 days. The Coop e-commerce deployment also leveraged robust product information management, supported by InRiver PIM, and e-commerce personalization supported by the Apptus eSales solution.

Not just a project; a pandemic imperative

“I am really proud that we were able to launch this initiative in just a couple of weeks,” says Petter Haugen, concept director of Coop Norway. “This service is key for Coop as a retailer, but even more important for the Norwegian people, especially all the elderly, the sick or the quarantined during this time.”

“We didn't take any shortcuts to be able to deliver the project on time. We just used our pre-packaged e-commerce solution and collaborated with Coop to customize the platform to meet their needs,” says Johan Liljeros, general manager at Avensia North America.

While there isn’t much digital grocery companies can do about the uncertain economy, investing in user experience (UX) upgrades can help stop the skid.
Quantum Metric
October 15, 2022

Prices in perimeter categories were 9.6% higher in September compared to the year-ago period; however, year-over-year inflation in these categories has declined every month since February.
IRI
October 12, 2022