Buying American means more jobs in manufacturing, but possibly losses in others like transportation, packaging and warehousing. The key to avoiding this is to have the complete supply chain functioning domestically.

Don Buckner
Made in America.com 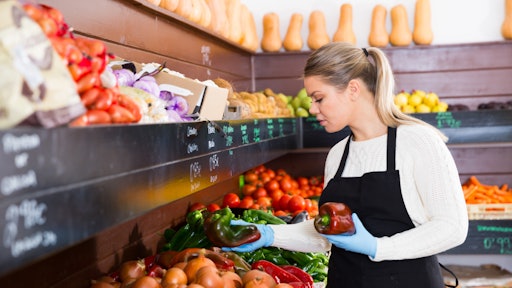 According to the Food and Agricultural Organization (FAO) of the United Nations, the price of food imports is rising. FAO says, “The FAO Food Price Index, which tracks monthly changes in the international prices of commonly-traded food commodities, averaged 118.5 points in March, 2.1 percent higher than in February and reaching its highest level since June 2014.” While this causes the most damage to developing nations, the effects will be felt at home as well.

Unlike the Trump-era Chinese tariffs, we won’t be able to shift to other countries to balance the cost. The best bet will be to buy American. As the rise in costs of imports puts the squeeze on consumers at the grocery store, some will turn to more inexpensive options, while others will look for comparably priced American products. Research from Consumer Reports shows eight in 10 U.S. consumers would rather buy an American-made product than an imported one and most say they’re willing to pay more for it. This means more jobs in one sector – manufacturing -- but possible losses in others like transportation, packaging and warehousing. The key to avoiding this is to have the complete supply chain functioning domestically.

Perceived shortages can be just as devastating as actual shortages

The Coronavirus disease (COVID-19) brought panic buying to grocery stores in the beginning. Citizens saw the lockdowns happening in other countries, especially those with strict regimes, and became fearful they would not have access to food. U.S. leaders frequently changed their advice as well. Whether people felt threatened by the virus itself or the lack of food, many made the decision to stock up just in case. However, even though there wasn’t really ever a threat to the food supply, empty shelves at the stores perpetuated the fear and led to even more panic buying.

The pandemic proved that relying on foreign supply chains creates chaos. Then, the Suez Canal crisis made the problem even clearer. Now, domesticating supply chains is a top priority for wholesalers and retailers.

Domestically sourced food products can temper shortage concerns. If the people had the reassurance that the majority of foods were coming domestically, they would not be so quick to act out of fear. The government could give clearer messages because they would have more information on the state of domestic products than foreign ones.

Safety concerns have also been at issue during the pandemic as many people became fearful of foreign products, particularly from China. While the particular reasons for those fears turned out to be unfounded, crises like these can lead to innovation and opportunity.

The United States has one of the highest degrees of food safety standards in the world. Perhaps only second to Europe. With a possible trade deal with the UK on the horizon and the government and major companies realizing how important it is to support U.S. manufacturers, U.S. food manufacturers should be poised to increase safety and production even further.

It’s clear that if American businesses can work together, discuss logistics and fill in any gaps in the supply chain, consumers and purchasing agents are ready to buy American.