Exosuits and exoskeletons have moved beyond science fiction and into reality, helping facilities combat worker fatigue, strain and other risks that lead to musculoskeletal disorders. 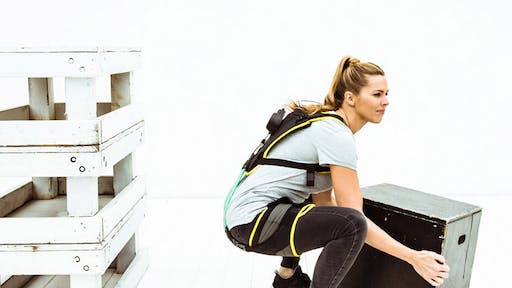 Exosuits aid in the lifting, bending and reaching.
HeroWear

As technology has drastically changed what modern workdays look like, more and more companies have opened to the use of exoskeletons.

Some may still picture exoskeletons as something from a sci-fi movie – suits of armor bristling with weapons. The reality is, there is a new class of modern exoskeletons that are lightweight, practical and simple-to-use devices that stay out of the workers’ way while aiding them in mission-critical industries, like food and beverage, manufacturing and distribution.

Exosuits and exoskeletons have moved beyond science fiction and into reality. Today, they help facilities across the globe combat worker fatigue, strain and other risks that lead to musculoskeletal disorders.

In the past few years, several forward-thinking companies have been early adopters of exoskeleton technology. A meat processing plant in New Zealand began testing the use of exoskeletons to reduce the risk of injury, while a food delivery service in China introduced an exoskeleton concept that greatly increased the load capacity of its couriers.

The embracing of exo technology is moving beyond the test phase, too. Toyota has been using exoskeletons at plants since 2015, including recently making them mandatory PPE in a plant in Indiana.

An adoptable investment in people

A driving force behind the growth of exosuits (which are “soft shell” exoskeletons) is that they’re now approachable and adoptable in nearly every medium- to large-sized food logistics operation.

Major corporations have been using this new class of unpowered exoskeletons to help create a safer workspace and combat the costs associated with over-exertion and repetitive-motion injuries. That rise in interest has been a result of exosuit manufacturers’ ability to create proven, physics-based suits in a simpler, more practical fashion.

Technology has advanced so it’s possible to have modular, custom-fit exosuits designed for all workers regardless of gender, age and size without breaking the bank. Plus, there are manufacturers with strong customer support, training and implementation programs designed to help any organization make the most of their new technology adoption. With processes similar to orthopedic insole sizing or measuring for a custom-tailored garment, a company can have their team “sized up” and equipped with exo technology in weeks, often without a site visit from the supplier.

Exosuits are becoming a wise investment, especially considering the detrimental cost of the problem the technology is helping address. The CDC reported that back pain is the most prevalent work-related health problem, and OSHA estimates that employers pay nearly $1 billion per week for direct workers’ compensation. On the other hand, back-assist exosuits can provide a custom fit suit that can take 30% of the load off a worker’s back for as low as $1,200 per suit.

Exosuits don’t mean we can abandon NIOSH’s Hierarchy of Controls. Instead, they are a significant boost in the personal protective equipment (PPE) portion of that inverted pyramid. If all other steps can’t adequately eliminate risk, exosuits provide workers a safer system in which the risk of injury can be reduced, all with a piece of equipment that can be put on and taken off inside of 30 seconds.

The truth about exo technology

Because exosuits are still relatively new to the market, there’s some common misconceptions around them—they are bulky, limit range of motion or cause muscle atrophy.

That might be true of an Iron Man-style exoskeleton, but in actuality, modern passive exos on the market are lightweight and practical.

When it comes to weakening the muscles, it’s important to remember—modern exosuits are not turning workers into human forklifts. Exosuits, especially passive ones, actually aid in the lifting, bending and reaching. Workers will still be lifting those 25-pound boxes all day. However, exosuits might make it feel like they're lifting a 15-pound box, which makes a significant difference over the course of a workday.

Muscle atrophy can actually occur when there is too little or too much muscle activation – meaning over-exertion can lead to muscle atrophy, as well. Exosuits can help workers stay in that healthier “sweet spot.”

Technology has forever changed the way work is done, but two things will remain true—people will always need food and there will always be active workers lifting, bending and reaching.

While workers sweat to keep up with demand, it’s important to not lose sight of the technological advancements that can help provide a safer and more ergonomic work environment for them.

Because of the rise in popularity of exosuits in recent years, there is a wealth of information available about how they could be a practical and simple solution for food logistics operations.

Those images of exoskeletons allowing people to jump tall buildings or give them superhuman strength are great for Netflix. However, the reality is there are exosuits on the market that are actively being used to help workers do their job safer, longer and more efficiently. And, those benefits aren’t just realized by businesses on the production floor. They allow them to head home after a shift feeling better, with more energy for whatever it is that keeps them going outside of work.

To put it simply, exoskeletons don’t only help workers do their jobs better. The truth is it's never been easier to implement exosuits to help businesses succeed and help workers live better.