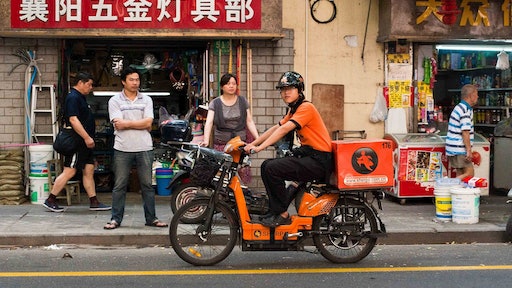 The growing fleet of motorbike couriers on Chinese roads is the latest challenge to long-established but struggling Western companies such as McDonald’s Corp. and Yum Brands Inc., which owns KFC and Pizza Hut outlets.

For the first time, grocery delivery startups worldwide are raking in more cash than their meal delivery counterparts, according to Forbes. In China, fierce competition and market oversaturation are largely responsible for the funding influx.

China has the largest online grocery market, which is expected to be worth about $180 billion by 2020, according to data from the Institute of Grocery Distribution (IDG). The market is currently valued at $41 billion.

The largest funding deals for both meal delivery and grocery delivery startups have come out of the Middle Kingdom.

Here are three major changes in shopper behavior and what retailers are doing to tackle them.
Local Express
September 10, 2022
Follow Us