Mislabeling has happened before to fish that are imported into Canada, but the problem occurs throughout the entire supply chain. 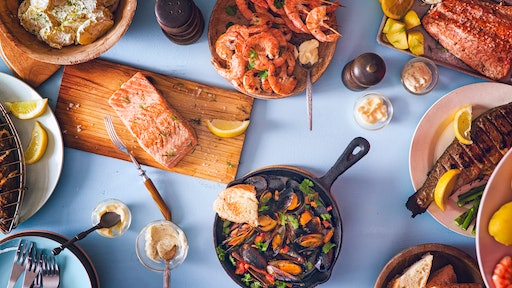 A study by University of Guelph found that fish mislabeling is a problem that persists throughout the entire supply chain.

Researchers found that at least 32 percent of fish were mislabeled, while the number of incorrectly identified samples became compounded as the samples moved through the food system.

"We've been doing seafood fraud studies for a decade," says Robert Hanner, lead author and associate director for the Canadian Barcode of Life Network to Science Daily. "We know there are problems, but this is the first study to move beyond that and look at where the problems are happening throughout the food supply chain."

Mislabeling has happened before to fish that are imported into Canada, but the problem occurs throughout the entire supply chain. Researchers examined 203 samples from 12 key targeted species collected from various importers, processing plants and retailers in Ontario. According to Science Daily, of the samples, 141 were from retailers, 51 from importers and 11 from processing plants. Researchers then identified the samples using DNA barcoding, allow scientists to determine species of organisms using a short, standardized region of genetic material.

The study revealed that 32 percent of samples overall were mislabeled, with the rate at 17.6 percent at the import stage, 27.3 percent at processing plants and 38.1 percent at retailers.

It could possible that fish are being mislabeled for economic reasons. Cheaper fish being mislabeled as more expensive fish can bring more money in. Or, it is possible that regulations between countries and the use of broader common names could lead to mislabeling. Both Canada and the U.S. are labeled using a common name rather than a specific scientific name. In order to prevent fraud, European countries have started including species names along with common names.