Pilgrim's Pride is being sued over labeling saying that it is organic. 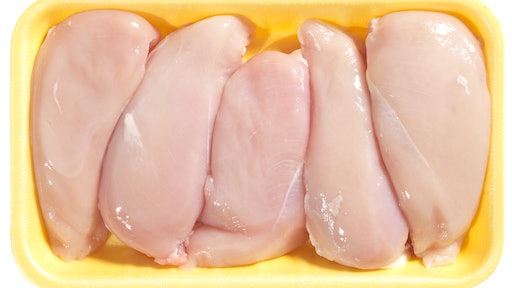 Producers across the U.S. quickly learned that if you were to slap "natural," "organic" or "humane" on a label, consumers would be willing to pay more for it. Though a series of false reports have left consumers questioning whether or not the labels are true or just empty branding.

While Pilgrim's Pride claims to feed its birds "only natural ingredients" and are treated humanely and produced in an environmentally responsible way, Bloomberg reports. Plaintiffs argue that the company's practices don't actually live up to those claims, alleging that the birds live in crowded, unsanitary warehouses and are abused by employees and have debilitating health conditions. In addition, the company allegedly raises its birds with the use of antibiotics to promote growth and are fed genetically modified organisms.

Bloomberg reports that plaintiffs are seeking and injunction and corrective advertising, creating multiple challenges for the company.

This isn't the first time that Pilgrim's been accused of inhumane practices, though. In December, the company had a complaint filed by the Humane Society of the United States with the Federal Trade Commission accusing the company of "scalding fully conscious chickens" as a method of slaughter. The company rejected the claims saying, "Pilgrim's is committed to the well-being of the poultry under our care. We wellcome the opportunity to defend our approach to animal welfare against these false allegations."

Bloomberg reports that the language cited by the Humane Society disappeared from multiple places on its website, though the company said it was part of a long-planned update.