A warmer planet is causing insects to eat their way through wheat, rice and maize crops. 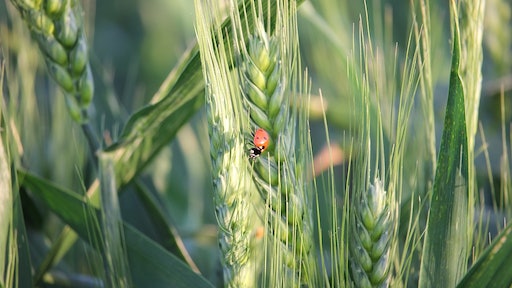 The heat waves that have traveled across the world is attracting swarms of hungrier insects to eat their way through millions more tons of rice, maize and wheat crops globally, Reuters reports.

For every single degree rise in temperature, insects will consume an extra 2.5 percent of the world's rice, maize and wheat crops, Reuters reports. If temperatures continue to rise, insect populations will only grow faster.

Along with insects infesting crops, a rise in temperatures could also mean a rise in food prices. Those that are already struggling economically will be the most affected, Reuters reports. Most of the world relies on these particular crops, and the demand is expected to increase by a third by 2050.

If the heat continues, Europe, the world's leading producer of wheat, could see up to 16 million tons of wheat loss by 2050, Reuters reports. Insects could also eat upwards of 27 million tons of rice annually in China.

In the 2015 Paris Agreement, countries set a goal of limiting a rise in average world surface temperatures to below 3.6 Fahrenheit above pre-industrial times, Reuters reports. In 2017 Donald Trump withdrew the United States from the agreement claiming that it puts the country at a disadvantage.

However, even if goals were met, curbing the insects appetites would be a challenge.