A new bill in Missouri stating that prohibits companies from misrepresenting a product as meat has caused four organizations to sue the state. 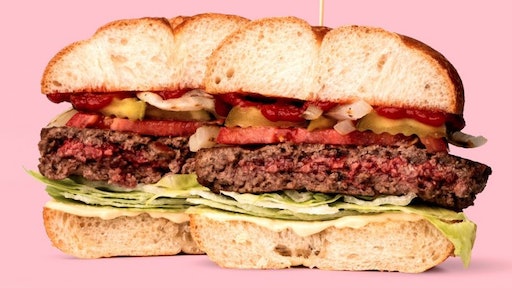 A new Missouri bill passed in May went into effect on Tuesday prohibiting companies from "misrepresenting a product as meat that is not derived from harvested production livestock or poultry," the New York Times reports.

Four plant-based producers are fighting the bill by suing the state of Missouri, seeking an injunction preventing the law from being enforced. Both sides of the legal battle are claiming to be looking out for consumers who want to know what goes into their meat product, whether it's plant-based or not.

Tofurky, the Good Food Institute, the American Civil Liberties Union of Missouri and the Animal Legal Defense Fund are suing the state and stating that its stifling competition from producers in the industry, the Times reports.

Plant-based products have been sold for years, but the debate on how to describe the product has recently intensified as the industry continues to grow. Labeling the product as "meat" as created a challenge for the traditional meat industry, causing them to question if you can call something "meat" if there is not meat in it.

According to the New York Times, the market for meat substitutes in the U.S. has grown from $556 million in 2012 to $699 million in 2017. While it is still a small portion of the $29 billion processed meat industry. However, the quick growth is attracting big food businesses to take notice. Tyson Foods has invested in several plant-based companies, and Cargill signed a joint venture agreement earlier this year with a plant-based producer.

Supporters of the Missouri law argue that consumers may be confused about plant-based products, saying that consumers need to know what they're buying. However, chief executive of Tofurky, Jamie Athos, believe that the case is for protectionism. The company claims to have "bent over backward" to ensure customers that their products do not come from animals, and that is their main selling point.

The New York Times reports that the law carries potential fines of up to $1,000 and jail terms of up to one year if broken.

Plant-based companies are struggling at what kind of language is allowed to be used to attract potential customers that aren't vegetarians. The company is questioning if they are able to reference any familiar food for the customer.

Arguments of whether or not the plant-based products industry is "tricking" consumers will continue as the industry grows. The Times reports that if anything, the arguments could push the FDA toward more regulations. Until then, the four organizations that are suing Missouri will wait for a response.