The e. coli outbreak that left officials scrambling have finally determined a source to the contamination. 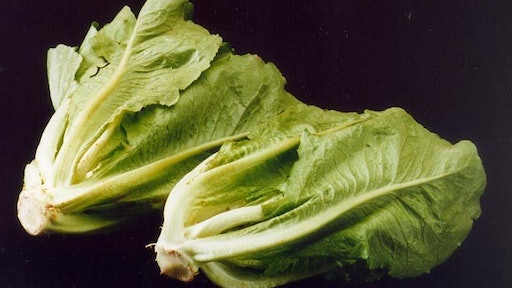 Since illnesses first reported back in March, over 200 people were sickened and five killed by e. coli contaminated romaine lettuce.

Officials struggled determining a source of the outbreak as more people fell ill. The CDC was able to source the tainted lettuce to Yuma, Arizona, but where the contamination occurred left them scrambling.

Months later, the FDA has a theory for how e. coli ended up on the produce, NPR reports. The FDA suggests that the contamination came from a large cattle feedlot at one end of a valley near Yuma.

Once falling ill, all confirmed cases reported eating something that contained romaine lettuce. The CDC and FDA searched for a specific batch of contaminated lettuce they could recall, but the paper trail was confusing. NPR reports that some restaurants got their romaine from several processors, and processors used lettuce from different farms and chopped it all up together. A single farm couldn't be narrowed down.

In mid-April the FDA advised consumers to avoid any romaine lettuce that was grown in the Yuma region, however, consumers  and supermarket employees couldn't identify the product's location on packaging. NPR reports that millions of consumers either threw away their lettuce or stopped buying it.

NPR reports that the trails of contaminated lettuce didn't converge to a single point. With several trails leading to different processing plants, they all pointed toward different farms in Yuma that were miles apart. Only one farm, Harrison Farms, was tied to an outbreak at an Alaskan prison.

At the end of June, officials found e. coli that exactly matched the genetic strain that made people sick attached to a canal that carries water to several farms in the area. The canal runs past a cattle feedlot that has around 100,000 cows, NPR reports. The FDA believes that e. coli in manure from the cattle was washed into the irrigation ditch, carrying the bacteria into vegetable fields.

Still, people are questioning the theory. NPR reports that irrigation water doesn't touch lettuce leaves, and how did it not affect any other sort of lettuce and vegetables growing in the fields.

While there are many theories surrounding the contamination, the most likely reason seems to be the cattle. Lettuce growers in Yuma now have to convince supermarkets and restaurants that the contamination won't happen again even though the animals are still there.

For now, farmers are rearranging their fields so that they're further from the cattle and some will start treating their irrigation water with chlorine to kill the bacteria, NPR reports.