Food and beverage companies can learn a thing or two from the U.S. Army when creating a food defense plan. 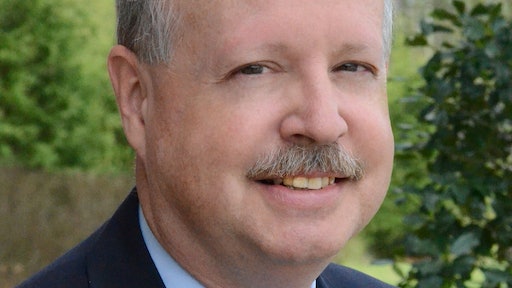 When I was young, I was always in a hurry. If I had a goal, I charged ahead, sometimes winning, but often failing because I didn’t have a fully developed plan, and I hadn’t thought about the next move. As an older, and hopefully wiser person, I have learned goals are best assured when appropriate time (i.e., due diligence) is taken in the planning stage, before actual mission execution is even considered. Action without planning often leads to disaster.

At the same time, too much planning can impede. In other words, planning always has to be followed by action. We all have known people who can talk a good game, but never actually get past the thinking stage. A “no” decision—or one that is inordinately delayed—is in fact a decision not to act. In food defense, that choice could prove fatal to an actual customer, or on a larger scale, to the brand.

Food defense is in many ways a young discipline, not because it hasn’t always been important for corporations (who have occasionally experienced product tampering, actual or threatened), but because the meaning and scope have been redefined and codified by regulatory requirements, with mixed results. Large corporations on the whole are comfortable in their planning, because they have the manpower needed to deal with both the scope of threats and requirements under the law. Small- and medium-sized-businesses, on the other hand, have struggled and will continue to struggle because compliance requires “days and dollars” beyond what they are already doing—not because they are not motivated to defend the integrity of their food products or because they don’t intend to comply. More work laid upon an already full agenda sometimes leads to mistakes. Mistakes threaten the company image and damage profitability.

The United States Army Special Forces have a saying apropos to this discussion: “Slow is smooth...smooth is fast.” What in the world does that mean, and what can food corporations learn from these elite warriors? U.S. Special Operations Command is the military organization responsible for executing missions that conventional forces are not equipped or trained to handle. Without trivializing their mission, let’s transpose the idea of high-consequence mission realities into the kinds of things that might be encountered by the food and agriculture industries.

Two observations: Competition on a global scale is brutal for food and agriculture, and real adversaries are expanding in both numbers and capabilities. Food defense efforts must quickly become more robust. At the same time, global competition means budgets are tight, and fiscal constraints are an ongoing reality. Adversaries have fewer constraints. In the realm of food defense, the defenders have to be right every time, while adversaries only need overcome defenses once to achieve their goals. Adversaries want to act before defenses are robust and fully implemented, giving them an advantage. If corporations rush into defense efforts or fail to plan sufficiently, a lean budget may be squandered. Worse yet, the adversary wins. Wait too long, however, and the adversary again gains the advantage.

Never forget, the ongoing reality is that the greatest threat for any food corporation is the insider. The resulting damage, whether caused by delay in planning or by impulsivity, impacts both corporate liability, and potentially, consumer safety.

How then can food corporations utilize Special Operations tactics? In approaching this question, remember threats have both spatial and temporal elements. In corporate security terms, this means adversaries can change both the character and level of threat very rapidly, depending on their own abilities and access and also in part on how you react. Special Operations teams always seek to take the advantage away from the adversary, defeating them before they are able to act.

Fixed food defenses, like closed circuit security cameras, serve an important purpose, particularly at critical security points such as product concentration points. They can be a liability, however, if they are depended on too completely or considered the only thing necessary to protect a business. No single food defense plan element is a panacea alone,

Threat actors, particularly insiders, seek knowledge of physical defenses, as well as knowledge of planning strengths and weaknesses. A broken piece of technology is just that—broken and therefore of no use in a pinch, and an insider will know if your corporation is over dependent on technology. Unlike human beings, technology can’t adapt, improvise and overcome. It’s all about the people; technology is only a supplement to a well-trained and flexible food systems defender seeking to defeat an adversary who is hell-bent on destruction.

Suppose for a moment that a food defense plan is dependent on that aforementioned security camera. A thinking adversary might ensure the camera is not working, even for just a moment, at a certain time. Remember—bad things may happen very quickly. What happens if nobody is prepared and trained to respond?

That’s why key employees, like Special Forces operators, must train and work as a team, so they can both detect and respond seamlessly in the event of an incident. Each member of a Special Forces team serves a specific purpose but also cross-trains, enabling them to step in to take over a different role if a team member or supporting element is incapacitated. Food corporations must take the same approach. Like so many things in business or the military, most everything depends on the individual acting properly and in a timely manner.

For any food defense plan to be effective, rapid detection and response must be built in. Proactivity must always be a goal. Think here of the Special Forces team; take the advantage away from the adversary. Detecting and neutralizing a threat before it has matured is always best. Redundancy and overlap must be included in planning and execution to ensure that vulnerabilities do not multiply should some key security element fail (which, as history proves, is bound to happen). The same is true for personnel. If Joe is the food defense “eyes” in a particular area of a food processing plant, what happens when Joe isn’t at work? Good food defense plans overlap both defensive technologies and personnel.

Food and agriculture adversaries are not going away. Insider threats will persist, and external threat actors like ISIS and other terrorist groups will seek to use food and water to achieve desired effects. In response, food corporations—from the smallest mom and pop operations to the largest multinational corporations—must make food defense investments commensurate with the level and nature of the threats.

As part of this effort, food corporations also will need to invest in intelligence, meaning they will have to start looking for threats that are beginning to mature, whether internal or far afield. The tendency has been to depend on the government and law enforcement to give the warnings, but increasingly corporations realize they can’t necessarily depend on government warnings. Because the government’s intelligence responsibilities are so widespread and focused, developing threats to the food and agriculture sector might not be passed on to food and agriculture corporations soon enough to prevent food defense failures.

The Auburn University Food Defense Working Group is working to fill in some of those intelligence gaps that exist between corporations and government. In the coming year, the group will increase food- and agriculture-related intelligence efforts.

Food defense is what they do, because in the end, it is in everybody’s interest that our food system be kept safe.