There is a long road ahead for all of us, and if the “Seafood HACCP” provides any indication, it will take five to 10 years for things to shake out. 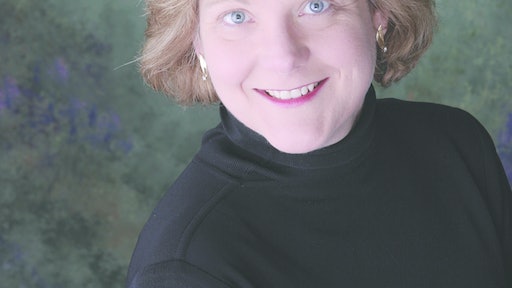 Don’t get me wrong, it’s about time HACCP-based (Hazard Analysis and Critical Control Points) food protection programs were implemented across the entire food supply chain. Unfortunately, the Food Safety Modernization Act (FSMA) is not the best way to meet this objective.

Many attorneys besides me hold similar opinions. The most prominent, Peter Barton Hutt, referred to this new law as the “Food Safety Confusion Act.” He further stated: “We’ve become accustomed to the idea that if there is a problem in this country—write a new law. We don’t need that.”

Stakeholders are split on the value of this new law and whether or not it will improve food safety. Over half of the participants in one survey were ambivalent, with 36 percent believing moderate improvements will follow and 37 percent believing only minor improvements will result from the new law. Only a quarter believed FSMA would vastly improve food safety. Regardless of the degree of public support, this misguided and badly drafted law is spawning a plethora of proscriptive regulations that began trickling out after the 2012 election. These will reduce flexibility and potential for growth in the food industry.

The burden on industry

Under FSMA, the FDA will require companies, including those that store and distribute food, to have a Food Protection Plan that contains suitable preventive controls, a monitoring program, and records to show how a company is guarding food against both intentional?and unintentional contamination and “significantly minimizing” risks. Controls must be in place for any “reasonably foreseeable” biological, chemical physical or radiological hazard that may be associated with the food or the food facility. In addition, the FDA can initiate a recall if food is misbranded or adulterated and if there is a “reasonable probability” the use of exposure to an article of food, or any other food that is likely to be affected in a similar manner, will cause serious adverse health consequences or death to humans or animals. Administrative detention is possible if the FDA has reason to believe a food is adulterated or misbranded regardless of whether or not the food poses a health risk.

Moreover, new requirements for traceability, supplier verification programs, and records and testing regimes will substantially increase expenses for regulatory compliance, but not necessarily lead to improved food safety. Higher?costs will lead to greater consolidation within the food industry led by the loss of specialty products from our markets, particularly food items considered to be “high risk” such as aquatic foods and fresh produce. Experience shows that since the implementation of the “Seafood HACCP” in 1995, the initial FDA compliance cost projections underestimated actual expenses by a factor of 10, indicating that the agency failed to conduct a full cost analysis either out of lack of knowledge or through an attempt to obfuscate the actual cost of agency action. We are in the same situation again, but now with a more complex regulatory scheme that has many hidden costs.

Running counter to the principles of HACCP are FDA recommendations for greater amounts of product testing, environmental testing, and provisions for external audits substantially increasing the costs of food production and storage. Therefore, outsourcing of testing services will become the norm since both in-house and outside laboratories will have to be “accredited” to do each specific test. This requirement will put analytical services out of reach for many small companies.

It will also effectively bar university laboratories that have the capability to conduct specialized testing, or who provide routine testing services as part of their outreach activities at low cost, from providing such services because accreditation will be cost prohibitive. New costs from verification and audit programs are also high. These currently run approximately $100,000 per year for a medium-sized processing facility with refrigerated/frozen storage. This cost is likely to increase for domestic producers as a result of the greater regulatory complexity and requirements for enhanced due diligence. Costs for foreign producers exporting to the U.S. will also go up, but since compliance monitoring will be less complete for foreign compared to domestic producers, foreign producers will have a competitive advantage.

At the same time, funding will drive how the FDA implements the new regulations. The FDA lacks financial and human resources to manage all the tasks assigned to it under the statute and is shifting to a fee-driven model, similar to that used in the medical devices arena and with EPA and OSHA. This will become the new normal in the food industry. Any increase in the agency budget is likely to be fee-generated. FDA now has the authorization to charge for re-inspections, along with the financial incentive to do so. Registration, which is currently free, may eventually provide a new revenue stream. Indeed, registration has historically been a precursor to a new fee following taxation schemes predating the Roman Empire. The proposed fee-based voluntary qualified importer program will be the preferable alternative to government-to-government partnership programs for imported foods because it will generate revenue. Memorandums of Understanding (MOUs) recognizing foreign inspection systems under the “Seafood HACCP” regulation for over 15 years now have been slow in coming, and similar arrangements under FSMA will be slow as well.

Ultimately, the new requirements under FSMA will lead to higher costs, considering there will be pressure to conduct greater product testing, environmental monitoring and audits. Although the HACCP requirement in FSMA should increase overall food safety, many provisions in FSMA are redundant and confusing. The prospect of full Congressional funding is also highly unlikely, forcing the agency to become fee-driven and creating a conflict of interest and undermining the food safety mission.

There is a long road ahead for all of us, and if the “Seafood HACCP” provides any indication, it will take five to 10 years for things to shake out.

FDA now has the authorization to charge for re-inspections, along with the financial incentive to do so.

Something to Chew On

There is definitely a sizeable and influential camp of experts FDA food safety inspections dropped by 47 percent between who are critical of various aspects of the Food Safety Modernization Act (FSMA).? In January, both Reason.com and FoodSafetyNews.com published a commentary from Baylen J. Linnekin, a lawyer and executive director of Keep Food Legal (www.KeepFoodLegal.org), a Washington, D.C. nonprofit, highlighting some of the costs associated with the FSMA. They include:

The Effect of Trump’s Regulatory Freeze on FSMA Enforcement