Big and Small Questions About Food 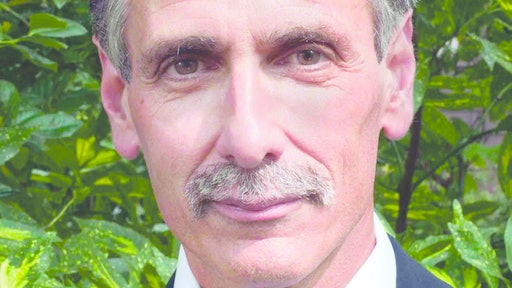 Marc Gunther is a contributing editor at FORTUNE, a senior writer at GreenBiz and a blogger at www.marcgunther.com.

Our food system is depleting the earth’s resources and making us sick, even as 1 billion people around the world go hungry. It’s got to change, and it can change–so long as we don’t get distracted by small questions about food and lose sight of the big ones.

Take the brouhaha over labeling food containing genetically-modified organisms. A national petition drive to get the FDA to require labels for GMOs has collected more than 1 million signatures, as well as a ballot initiative in California to require labels. What, exactly, will these campaigns accomplish? There’s a broad scientific consensus that GMOs are no worse (or better) for human health than crops developed using traditional breeding methods.

Then there’s the discussion about “food miles” and eating local. The USDA promotes farmers’ markets and a Know Your Farmer program. Walmart is buying more local food. But, to what end? Shipping food, even long distances, accounts for only a fraction of agriculture’s environmental footprint. And, there’s nothing “green” about driving a truck with a few bushels of fruits and vegetables to a suburban farmer’s market 50 or 75 miles away.

Now, before you get annoyed with me, let’s stipulate that transparency is laudable, “local” tends to be fresher than “global” and browsing around a farmer’s markets is a pleasant way to pass time on a weekend morning.

But, the big question about food is this: How can agriculture meet the world’s growing need for food while doing less environmental harm? That was the topic of an excellent presentation in Monterey recently by Jonathan Foley, an ecology professor and the director of the Institute of the Environment at the University of Minnesota.

Right now, farmers grow enough to feed the world’s 7 billion people. The reasons why so many don’t get enough to eat have more to do with poverty, waste and distribution than absolute shortages of food. But to feed a population that’s expected to grow to 9 or 10 billion by 2050 and, more importantly, to satisfy the demands of a growing middle class, food production will have to double, if current trends continue.

“We’ve got 2 billion more people coming to dinner,” Foley said. “I don’t know about you, but I don’t have that many card tables.” The bigger problem, he said, is that a few billion more people will become wealthier and—again, if today’s trends continue—they will want a diet with more meat. Said Foley: “They’re looking at the menu and saying, ‘I think I’ll have the filet mignon.’”

So what’s to be done? In his talk, and in a 2011 paper in Nature entitled “Solutions for a Cultivated Planet,” Foley laid out these broad strategies to attack the problems of food security and environmental sustainability:

Stop deforestation. “This is the single most important thing we can do for the environment,” he said. Clearing tropical forests to grow soy or palm has major negative effects on biodiversity and GHG emissions and delivers only small food production benefits, he said.

Grow more food on less land. This doesn’t necessarily require breakthroughs in agricultural technology or productivity, though they would help. What’s needed is to bring the best available farming methods, whether organic or conventional, to places where yields are low. “Across Africa, there are huge opportunities to produce yield with agro-ecological methods or green revolution methods,” Foley said. Interestingly, Foley said GMOs are not improving yields, except in India for cotton. They’re “not feeding the world’s poor yet,” he said.

Deliver more food with less water and chemicals. In Israel, farmers generate calories using one-tenth the water used on average by the world’s farmers. By contrast, farmers in India use 10 times as much water as the average farmer. Subsidized water in the U.S. also leads to waste. “We have consumed the entire Colorado River,” Foley said. “It’s gone. One of America’s great rivers.” Similarly, some farmers use too much fertilizer, wasting energy and polluting water, and other don’t deploy enough nutrients.

Increase food delivery by reducing waste and changing diet. This means growing less corn for biofuels, throwing away less food and reducing our consumption of meat. In the Nature article, Foley and his colleagues wrote: “We can increase food availability (in terms of calories, protein and critical nutrients) by shifting crop production away from livestock feed, bioenergy crops and other non-food applications.” This where we all can make a difference by eating less meat.

What I like about Jon is the pragmatic way he thinks and talks about food.

So often the conversation about food is personal, emotional and ideological. That’s fine when it fuels the passion around food politics.

But solutions need to be driven by science, not ideology.

Marc Gunther is a contributing editor at FORTUNE, a senior writer at GreenBiz and a blogger at www.marcgunther.com.

Should Genetically Modified Food Be Labeled?–What Do YOU Think?