After a cold, weather harvest season, potato processors are rushing to buy supplies and ship them across North America in order to avoid a french fry shortage. 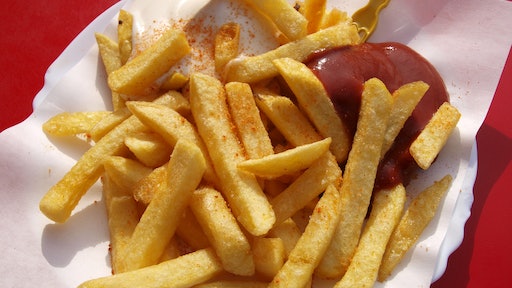 After a cold, weather harvest season, potato processors are rushing to buy supplies and ship them across North America in order to avoid a french fry shortage.

Poor conditions started to hit growing areas in October, damaging potato crops with frost. While farmers in Alberta and Idaho were able to save some of the damaged crops for storage, growers in the Manitoba, North Dakota and Minnesota region were forced to abandon some because of excessive snow and rain.

Demand for fry-processing in Canada has boosted demand for potatoes, leading to tight supplies that will likely increase the price of potatoes this

“French fry demand has just been outstanding lately, and so supplies can’t meet the demand,” Travis Blacker, industry-relations director with the Idaho Potato Commission, said in a phone interview with Bloomberg.

At least 18% of Manitoba's acres were left unplanted, according to the United Potato Growers of Canada. Roughly 6.5% of Alberta's potatoes were estimated to be frost damaged as well.

Domestic output for potatoes will drop 6.1% this year - the lowest it has been since 2010. In Idaho, output is expected to decrease 5.5%.

French-fry makers usually favor longer spuds, which is a problem with the current harvest. Because of the crop damage, potatoes are coming in smaller and are harder to cut into standard fry lengths.