China Shifts Soybean Purchases from Brazil Back to US 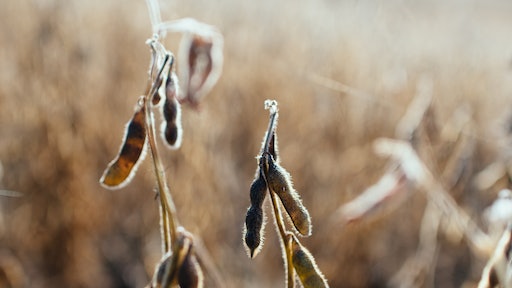 It now appears that China has started shifting its soybean purchases from South America back to the U.S.

The purchases can be attributed to positive progress of trade negotiations between the U.S. and China - which has reportedly reached agreed to a preliminary "phase one deal" as they attempt to reach a trade agreement.

Part of the deal deal includes the Chinese government authorities issuing a roughly 3 million mt of import tax-free quotes on U.S. soybeans to private Chinese soybean crushers and International soybeans trading firms, according to S&P Global. However, U.S. soybean imports outside of the tax-free quotes will still be subjected to the 30% tariffs.

Brazilian soybean crops are close to being sold out. S&P Global reports that Brazilian farmers have completed 93% of sales this year, with only 8 million mt left for sale. Still, China needs to import 5-6 million mt soybeans each month from November to January. Since there is a limited quantity in Brazil, it puts the pressure on to buy from the United States.

Meanwhile, the amount of U.S. soybeans that are available to Chinese soybean crushers could help Chinese soybean buyers avoid paying steep prices for Brazilian soybeans, S&P Global reports. In addition, it will greatly help U.S. farmers as they have large unsold old-crop stock ahead of harvest.