While the U.S. government has said that it will aid farmers that were affected by flooding, there is nothing that it can do about the millions of crops that were damaged in storage. 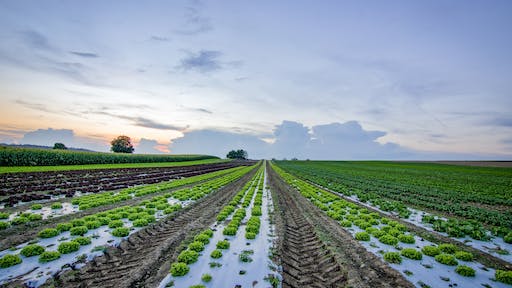 Photo by Reto Bürkler from Pexels

While the U.S. government has said that it will aid farmers that were affected by flooding, there is nothing that it can do about the millions of crops that were damaged in storage.

According to the St. Louis Post-Dispatch, under the current laws or disaster-aid programs there is nothing that the government can do - especially since there has never been damage at this scale before. Farmers have been storing more of their harvests this year than ever because of trade tensions between the U.S. and China. In order to aid farmers, congress would have to pass legislation to address the harvests lost in the storm.

Meanwhile, some members of Congress are  interested in pursuing legislation to provide aid for damaged crops in storage, but it would require a length political process in a time that is already facing disaster.

Farmers had initially planned to sell their grain storage for money to live and pay their taxes or finance operations. However, with incomes on the decline since before the flood, many will have to go out of business. Now, farmers will have to destroy any grain that was contaminated by floodwater, the St. Louis Post-Dispatch reports.

The USDA doesn't have a program that covers flood-damaged grain because farmers usually have more advance notice of rising water, allowing crops to be moved and limit losses. However, in the Midwest, floods filled fields quickly after multiple levees failed when rain and melting snow filled the Missouri River and other water ways, the St. Louis Post-Dispatch  reports. Meanwhile, the grown was still frozen and was unable to soak up any water.

Supply chain industry experts from Softeon, Enable, Crisp, Coupa, Armada and more bust out their crystal ball to help detail what the future of supply chain looks like in a world laden with shortages, backlogs and supply chain disruptions.
Marina Mayer
September 22, 2021

Register
Industry experts provide a rundown of the different solutions available and why ERP, track-and-trace and other supply chain management software is crucial to the success of your business.
Crisp

Register
Discover the ways to implement supply chain risk management, how to get started, what to do next and more.
riskmethods inc.

As a foundational building block by which all other programs are formed, this concept must be woven across the food supply chain from farmer to consumer.
Controlant
August 22, 2021
Follow Us