A worker-led strike in opposition to some questionable exporting practices has producers losing out on revenue while laborers aim for a restoration of fair prices. 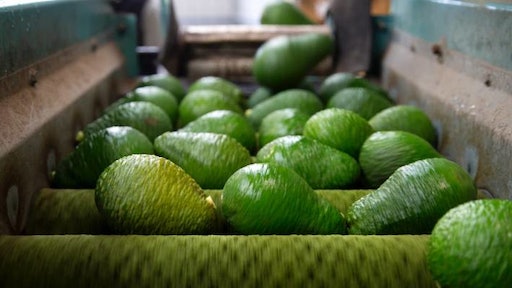 Avocado is quickly becoming an American cuisine staple as the fruit shows up on more menus. While eating avocados, or complaining about how it's on everything is becoming a popular activity, in the Mexican state of Michoacan, cultivating avocados is just how thousands of people earn a living. However, a worker-led strike in opposition to some questionable exporting practices has producers losing out on revenue while laborers aim for a restoration of fair prices, Food and Wine reports.

Beginning last week, at least 1,000 avocado industry workers have started striking along highway checkpoints in 11 municipalities of Michoacan. The region, known for its avocado production, has an exclusive export agreement with the USDA. According to Food and Wine, the goal of the agreement was to stop the entry of avocados from other Mexican states as outside growers route their avocados through Michoacan to pass them off as a "local" product.

The strike is reportedly costing the avocado industry $4.3 million per day as the flow of 3,000 daily tons of avocado from Michoacan to the U.S. as stopped, Food and Wine reports. The strike has also led to the cancellation of advertising contracts with the U.S. as well.

Food and Wine reports that the decision to strike was made in response to lower pay. Local producers have reported received 20 pesos ($1) per kilo over the past two months, down from 60 pesos ($3) before fake Michoacan avocados falsely came into the region's supply. Around 70 percent of avocado orchards are now on strike, totaling out to be more than 24,000 workers. The workers have demanded a price of 35 pesos ($1.75) per kilo to alleviate the layoffs and downward economic mobility caused by lower wages.

Negotiations have started between the two sides. So far 180 trucks will be allowed to pass through the blockades. A meeting on Nov. 15 will give value to the avocado.

As the strike continues, U.S. consumers may see a price hike in the fruit.