The Trump administration is challenging a tax benefit that gives the wine industry more than $50 million annually and blocks beer and spirits makers from using the same break. 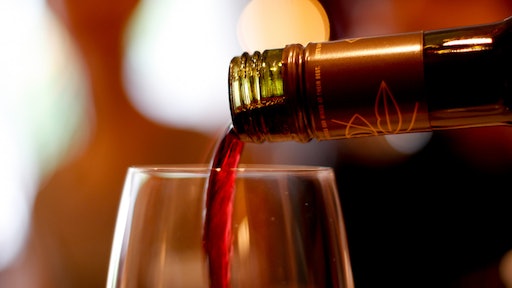 The Wall Street Journal reports that the Trump administration is challenging a tax benefit that gives the wine industry more than $50 million annually and blocks beer and spirits makers from using the same break.

The government first began its fight against the alcohol industry after an error by a Customs and Border Protection office was found in 2004. Ever since, wine importers have been able to offset taxes owed on imports by getting credit for their exports, the Journal reports. Importers can still gain taxes on exports that were never paid.

According to the Wall Street Journal, the treasury department has made several attempts to end the benefits, but senators from wine-producing states objected the proposal. However, the Trump administration is set on fixing the mistake before it balloons. The Journal reports that imported wine gets an unfair advantage over domestically produced competition, and allowing the break to spread to other alcohol companies could cost the government billions of dollars annually. The new proposal could correct the practice and end a transfer of US taxpayer dollars to foreign producers.

The wine industry is bracing themselves for a battle, though, saying that the government's argument is flawed and that the tax benefit helps US wine producers compete in foreign markets by encouraging exports, the Wall Street Journal reports. Currently, companies can only reduce important taxes if they have exports to pair them with.

If the proposal goes through, the new rules could have a large affect on wine producers that also import wines. While, the tax-rule change isn't expected to change the price or availability of imported wines to the US, it could disincentivize producers from investing in foreign markets.

If all products got the same treatment as wine, the US could lose up to $3.3 billion in revenue annually, according to Treasury.

The Journal reports that the benefit encourages bulk imports of wine that generate a larger tax break as a percentage of the price. The dispute comes from the US law known as a drawback, meaning that if a company pays an import tax and exports the same item, the company should get the tax back. Congress had drawbacks cover substitutions so that companies can get import taxes back if they export similar products. However, in 2016, Congress made substitutions more generous and easier to use, and other makers of alcohol believe they should also benefit from the program.

Yet, officials say the estimate generated in connection to the 2016 law show nothing like the revenue losses it projects if it doesn't act now.

Still, US made alcohol is subject to taxes of up to $1.07 per wine gallon for typical wine, $13.50 per proof gallon for distilled spirits and $18 per barrel for beer. The same taxes are imposed on all alcohol imports, so all alcohol brought in the US should bear the same taxes. According to the Journal, if domestically produced alcohol has been taxed and then exported, the tax is refunded.

However, companies can produce alcohol in the US, keep it in specified facilities and never pay excise tax before it's exported, the Wall Street Journal reports. While there is a tax liability, eliminating it would be the only permitted drawback and companies won't get their import taxes back. The 2004 Custom decision allowed wine companies to use untaxed exports to justify a claim for offsetting the taxes on imports and that there is a double drawback that shouldn't be allowed.