A carbon dioxide shortage is threatening food and beverage production across Europe. 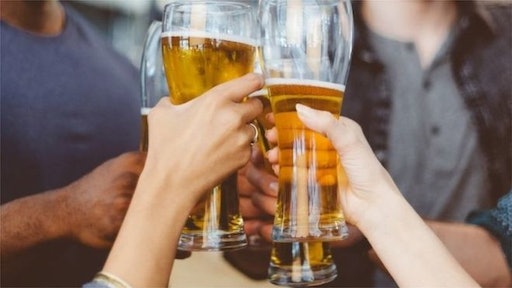 Celebrations continue as England continues in the FIFA World Cup, but one thing is starting to go missing: beer.

A carbon dioxide (CO2) shortage is threatening food and beverage production across Europe. Some wholesalers going as far as to limit customers, such as bars and grocers, to 10 cases of beer per brand a day, CNN reports.

Several ammonia plants in Europe have closed for maintenance, creating the CO2 shortage. However, the problem is most noticeable in the UK where only one ammonia plant is operating normally. CNN reports that the shortage is expected to last a few more weeks, effecting the UK's farm-to-fork supply chain.

CNN reports that the CO2 shortage has forced Coca-Cola to pause some production lines for a short period of time and Heineken warned consumers that some of its brands may not be available in Britain.

The fizzy-beverage industry isn't the only one that's impact by the shortage, though. Meat production, food packaging and frozen food deliveries are also feeling the effects.

CNN reports that carbon dioxide is used to stun animals before slaughter. With the shortage, some producers have been forced to use alternative methods that aren't sustainable over a long time.

CO2 is also pumped into food packaging to help keep items fresh for longer and slow the growth of bacteria, according to CNN. Meat producers have decided to use their CO2 supplies for stunning instead of packaging, lowering shelf life by at least a day.