One of the primary drivers behind the industry’s sea change is the increasing demand by consumers for validation that their food is actually what it purports to be. 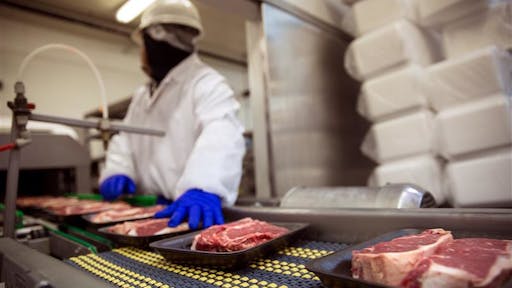 The Coronavirus disease (COVID-19) has triggered chaos up and down the whole food chain.  From farm to fork, the entire food industry has been upended, with casualties at every phase. And, the disruptions are still going on. However, the upheaval has also thrown a spotlight on issues that have been there all along, but without the urgency they have today. These include issues of quality, safety, environmental impact, consumer satisfaction and profitability. As a result, consumers, companies and government agencies have all become involved in addressing them.

Take worker safety, for instance. To help plants operate safely during the pandemic, a 16-page checklist for use by owners and operators of food production companies was issued jointly by the FDA and OSHA in mid-August. It does not involve new regulations; instead, the checklist pulls from existing guidance provided by the FDA, CDC and OSHA, targets two broad issues—employee health and food safety. It is particularly concerned with facilities that resume operation following a period of being shut down. But, the document pointedly offers guidance for protecting healthy workers as well as for dealing with sick employees and those exposed to them. However, the feds aren’t the only units of government offering guidance; state departments of health and even municipal officials in many places are also issuing guidance documents. As a result, the task of compliance has become exceptionally complicated.

Of course, supermarkets and consumer retail food outlets have also been impacted, as have restaurants and institutional foodservices. The abrupt series of changes to the food supply chain has been, at a minimum, extremely disorienting to those whose livelihoods have been affected. They’ve affected demand, deliveries, service levels, personnel and more. But, the frenzied pace of those changes is not being mirrored in the more measured tempo of returning to pre-pandemic consumption patterns. For some participants, particularly those with high overhead expenses and thin profit margins, the changes will prove to be unsustainable. For others, there will be an extended period of adjustments, channel mismatches, rebalancing and investment risks.

But, the pandemic has also arrived at an inflection point in the economy, with digital technologies now penetrating every industry, including all of those involved in food growth, preparation, delivery and sales. There is currently a massive amount of data associated with food production companies’ internal operations, as well as external data associated with the rapidly shifting markets for foods.  That data, when appropriately analyzed, can provide business managers with guidance for making faster, better decisions about every aspect of their work, including sourcing, product mix, pricing, transport options and workforce deployment.

While much of that information is currently being collected, it’s frequently hard to reach. It usually involves multiple entities, locations and systems, each of which has data hidden away in its own silo maintained by the organizations responsible for the different phases of food production—farming, transportation, processing, packaging, distribution, storage and sales. In other words, essentially every link in the supply chain keeps its own private stash of data. Collecting that information and compiling it into a form that allows for strategic analysis is the food industry’s emerging frontier.

Although it can get complicated, it doesn’t have to cost a fortune, a fact which should come as a relief to managers of companies experiencing financial stress. One path involves collecting data from existing systems and then augmenting any gaps with Internet of Things (IoT) sensors. By correlating information from multiple existing data sources, it is possible to simultaneously maximize yield, reduce waste and improve quality across the entire supply chain. And, it’s not just a fantasy; today, there are online platforms available to crunch those numbers and help managers make the appropriate business decisions.

At the same time, current concerns over food safety and the need for occasional recalls are bringing together two related but separate technical challenges. One is packaged food traceability, which concerns tracking items that carry identifiers such as barcodes, QR codes and RFID tags. The other deals with material flow, which concerns products. such as raw food items, that are not easily traced using unique identifiers. Material flow follows the journey that unfinished materials take on their way to becoming consumer products. In the case of food, it could apply, for example, to the various stages involved in turning a raw potato into a crinkle fry in the supermarket’s freezer section.

Earlier this year, as part of its New Era of Smarter Food Safety Blueprint, the FDA announced a proposed rule to establish additional traceability recordkeeping requirements for certain raw foods, including leafy greens, fresh cut fruit and vegetables, as well as for some types of fish, eggs and nut butters. Their primary concerns are with potential allergens, pathogens and foreign objects. And, if the rules become final, they would standardize the sorts of data that companies will need to maintain and pass along to the next step in the supply chain. That would represent a fundamental change in the way global supply chains work, but it would almost certainly become a change for the better.

Health and safety remain the central focus of government actions in the food industry. But, food quality is not. One of the primary drivers behind the industry’s sea change is the increasing demand by consumers for validation that their food is actually what it purports to be – allergen-free, gluten free, lactose-free, vegan, Kosher, local, sustainably grown, organic, prime and other quality-related claims. Providing that proof often exceeds regulatory requirements, involving measurements taken at a more granular level. Think about tracing everything that a fish went through between the fishery and the sandwich. However, much of the information is already being collected. But, when that data is processed using advanced tools like blockchain, cloud computing, machine learning and artificial intelligence, its value grows exponentially.

Having that sort of critical information at hand is already a real possibility for the food industry. It empowers smart employees to do their jobs better. And, it can help business owners as well as everyone in their supply chains navigate pathways to survival at a time of real uncertainty.

The new rules for irrigation water will take some planning and adjustment on the part of the operations who must make this shift toward prevention, and holds producers accountable for developing risk assessment and mitigation procedures.
SCS Global Services
January 4, 2022
Follow Us