93% of respondents were concerned once learning more about the research from the Environmental Working Group that found glyphosate in every sample of these popular oat-based breakfast foods that they tested. 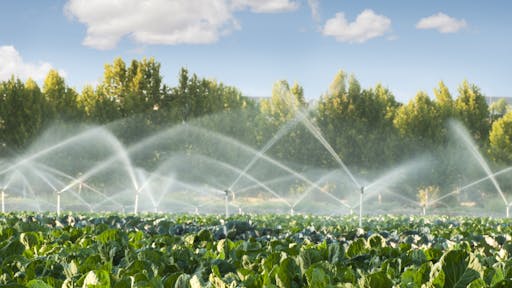 As transparency around pesticide use in food is becoming increasingly important to consumers, One Degree Organic Foods has uncovered a major gap between awareness and concern when it comes to the world's most widely used pesticide – glyphosate, the main active ingredient in herbicides like Roundup.

A new survey of Canadian and American consumers commissioned by One Degree Organics has uncovered that the majority (78%) of North Americans are not familiar with glyphosate even though it can be detected in some of the most popular oat-based cereals and foods, including those often marketed to children, including Quaker Old-Fashioned Oats and Cheerios Toasted Whole Grain Oat Cereal. Still, 93% of respondents were concerned once learning more about the research from the Environmental Working Group that found glyphosate in every sample of these popular oat-based breakfast foods that they tested.

The survey also found that while fruits and vegetables are high on consumers' watch-out foods for pesticides (89% of consumers look for labels to limit exposure), awareness is lower (only 49%) in the grains category despite the fact that glyphosate is the most widely used herbicide in U.S. agriculture and used on more than 100 food crops, including oat-based products like cereals and bars 4.

"The results of our glyphosate survey are staggering. While consumers are passionate about limiting pesticides in their foods most Americans and Canadians are unaware of what glyphosate is," says co-founder of One Degree Stan Smith. "So, as food makers, we need to give them the tools and information to know the facts."

The World Health Organization's International Agency for Research on Cancer has classified glyphosate as a probable carcinogen. Even legally approved pesticides can be carcinogens; a 2010 report by the President's Cancer Panel concluded that pesticides were associated with numerous types of cancers, including brand, pancreatic, non-Hodgkin lymphoma, myeloma, colon, testicular and soft tissue sarcoma.5

The good news is that our bodies, once pesticides are eliminated, can quickly flush them from our systems. A recent study published in the journal Environmental Research, a multidisciplinary journal authored by researchers at the Health Research Institute and the nonprofit organizations Commonweal Institute and Friends of the Earth, found that organic diets quickly reduce the amount of glyphosate in people's bodies. While the sample size was small (only 16 participants), the study found an average reduction of more than 70% in glyphosate levels after just 6 days of eating organic.

When it comes to transparency, 93% of respondents noted that they think food companies should disclose if their ingredients are sprayed with glyphosate during growing.

"While we don't want to scare them, we hope people take this information and join us in the movement to remove glyphosate from our food production system entirely, bettering both our health and the health of our planet," continued Smith.

While organic farmers are not allowed to use synthetic herbicides such as Roundup, some drift can occur from neighboring fields, causing organically grown crops to become contaminated. As an exclusively organic food producer, One Degree products use non-GMO and certified organic ingredients from farmers they know and trust. Taking this one step further, consumers can rest assured that all these products are also free of glyphosate contamination due to drift and display the third-party verified BioChecked Non-Glyphosate Certified Seal.

View
Industry experts provide a rundown of the different solutions available and why ERP, track-and-trace and other supply chain management software is crucial to the success of your business.
Crisp

New traceability features and links provide shoppers with added insight into their favorite brands, instill trust and offer companies and marketers another channel to share the brand’s story.
Farm to Plate, a division of Paramount Software Solutions
September 9, 2021
Follow Us