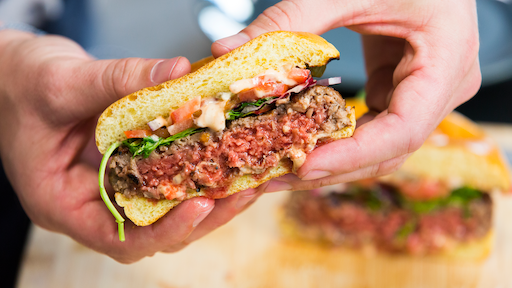 With Impossible Foods reputation of being a plant-based burger that still tastes like meat, consumers are rushing to try it.

Several restaurants have added the alternative burger to their menus, but demand is beginning to outgrow supply, leaving many scrambling to replace it with other options - which customers aren't always happy with.

Impossible Foods is having a successful year as many companies are rolling out their products in their stores. With the growth, some restaurants are unable to secure their usual cases of Impossible meat, Eater reports. The burger is now in 7,000 restaurants worldwide and sales have tripled in Asia within the past few months.

According to Eater, Impossible reached out to distributors on April 10 saying that demand was outpacing the company's manufacturing capabilities and that it may not meet the requested quantities. The shortage is predicted to last through mid May. The company is currently working on ways to ramp up production to meet the new demand, such as increasing hours of operation and number of employees at its plant. A spokesperson for Impossible said that it was also pursuing strategies for adding more manufacturing capacity as well.