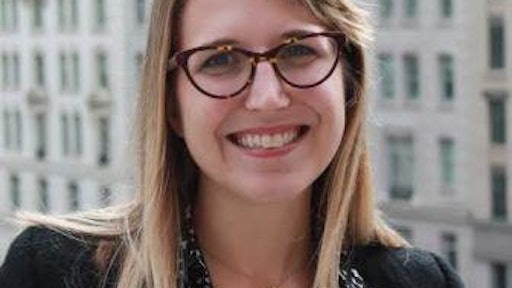 The farm-to-table movement may seem like something that exploded onto the scene within the last five years or so, but the idea of embracing fresh, natural foods from one’s own backyard isn’t new. If you look back far enough, this was once the only way to eat, before refrigeration and other modern technologies made the global supply chain possible. But even in the era of modern restaurants, local foods have long been a passion for many chefs and avid diners. In the 1970s, the country was buzzing about California cuisine, and Alice Waters’s acclaimed Berkeley restaurant, Chez Panisse, was at the center of the early farm-to-table movement.

Today, farm-to-table is practically de rigueur, and consumers are taking their dedication to local foods to the next level. Shoppers, especially millennials, are increasingly patronizing farmers markets and seeking out restaurants that source local goods beyond just produce. Artisan breads from neighborhood bakeries, seasonal pickles from nearby producers and locally brewed craft beers all deliver a unique, specific flavor that lends a sense of place.

“I think farm-to-table is … the embodiment of knowing where your food came from, because you’re actually eating the food at the place it was harvested from,” said Maeve Webster, senior director of Datassential.

Nancy Rodriguez, founder and president of Food Marketing Support Services, refers to this elevated level of local eating as “food terroir,” a play on the wine-making term that describes the characteristic taste and flavor imparted to a wine by the environment in which it is grown and produced.

“I think what it speaks to in a broader context is the genuineness of what they choose to buy,” Rodriguez said of young, single shoppers. “They want the authenticity.”

She pointed to craft beers and single-origin coffees as items that are particularity attractive to millennials, who have an increasing awareness of growing regions and interest in farming practices, although for the most part, their knowledge of food production is still somewhat superficial.

“I don’t think their understanding of the agriculture is deep at all,” she said.

Even so, for many members of Generation Y, “farmers are the new folk heroes,” said Susan Porjes, an analyst with Packaged Facts. Recently, football player Jason Brown made headlines by leaving the NFL to become a farmer and help the less fortunate. Business Insider reported that the former center for the St. Louis Rams learned how to work on a farm by watching YouTube videos.

A new advertising campaign for Cargill focuses on independent farmers, responding to the fact that “consumers are becoming more interested in where their food comes from,” said Ruth Kimmelshue, president of Cargill Turkey and Cooked Meats, in a recent article. The campaign is certainly not the first to embrace the idea of farmers as modern-day celebrities. Spots from food giants ranging from Lay's to McDonald's have showcased some of the farmers who grow their fruits and vegetables.

However, farmer-focused marketing may be the extent of some brands’ participation in the local food craze. For the most part, large brands have not been able to participate in this segment of the market in the way small producers can.

“I don’t see big brands doing a lot,” Porjes said. “They sometimes offer local flavors, but usually market them on a national basis. It’s hard for them to address local markets due to supply chain and distribution issues.”

Webster agreed, saying millennials are more likely to seek out smaller brands, and many of them are innately distrustful of large manufacturers.

Some big manufacturers are adding smaller brands to their portfolio in a bid to boost their participation in the local food trend. Rodriguez said large companies are putting a high value on early investment in small brands, such as Campbell Soup’s acquistion of Bolthouse Farms in 2012.

Even though millennials are looking to small brands to get their local food fix, many shoppers are starting to look for local items outside of the typical farmer’s market stands and mom-and-pop stores, and local foods are becoming a priority for more mainstream retailers.

“Mainstream retailers are trying to tap into this trend … by adding more local products to their stores and highlighting local products through marketing and display,” Porjes said. “They are buying these products from local vendors or through food brokers. Kroger, Safeway, Meijer and even Walmart have identified local foods as one of their priorities.”

In addition to bringing more millennials into the store, stocking and promoting local products can also benefit the bottom line.

Tricia Smith is an editor at Smart Brief, a publisher of e-mail newsletters. This article originally ran as a blog post on SmartBlog on Food & Beverage.

One of the most common challenges for the cold food and beverage supply chain and logistics industry is how difficult it is to source quality applicants. Here's how to fix that.
Talroo
November 22, 2022

Traceability data affords optimization, and the accountability it promotes will be crucial to companies’ digital transformation and environmental, social and governance (ESG) initiatives.
Kezzler
November 2, 2022
Follow Us