By placing its farms directly in the communities that they serve, Kalera is able to supply national retailers and foodservice distributors without a long haul across the country 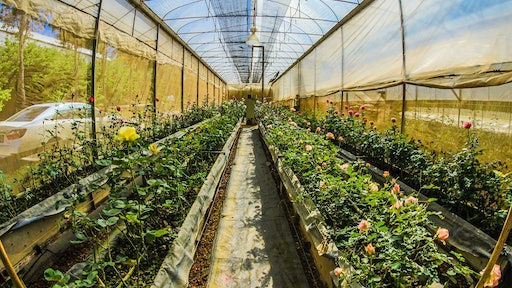 Kalera announced that it will open a new state-of-the-art growing facility in Houston, Texas in the spring of 2021. The new Houston facility — which will be the largest vertical farming facility in Texas — is the next step in Kalera’s rapid domestic and international expansion plan to bring consumers fresh leafy greens right where they are. By placing its farms directly in the communities that they serve, Kalera is able to supply national retailers and foodservice distributors without a long haul across the country, guaranteeing that its leafy greens are fresher longer, and much safer than field-grown lettuce.

The new facility is being announced a mere two months after Kalera announced it will be opening a new facility in Atlanta in early 2021—an announcement that took place less than two months after it opened its second Orlando, Florida farm. While Kalera’s Atlanta farm is slated to be the highest production volume vertical farm in the Southeast, the new Houston facility will be even larger, and will generate dozens of new jobs for the local Houston community. Kalera’s Houston farm’s lettuce will be available at retailers and food service distributors, as well as through the hospitality and travel industry.

Kalera is able to quickly open its newest growing facility in Houston as a result of a streamlined design and construction process, further illustrating its ability to rapidly scale and expand its vertical farms. As Kalera accelerates its growth over the next few years, it will continue to open additional facilities, expanding production capacity throughout the US and internationally.

“In light of the global pandemic and seemingly endless food safety recalls, today, more than ever, consumers are demanding food that is local and that they can trust. Kalera is leading the way in the indoor-farming AgTech revolution and we are proud, especially in today’s environment, to bring the safest, purest, freshest, most nutritious, sustainable, non-GMO, pesticide-free lettuce to cities across the country as we continue our rapid expansion plan across America and prepare to open our largest facility to date,” said Daniel Malechuk, CEO of Kalera. “Houston presents Kalera with a wonderful market for our produce, as it allows us to not only supply one of the largest cities in America, but also service cities throughout the region including Dallas-Fort Worth, Austin, San Antonio, and New Orleans. Since we can easily supply produce within hours of harvest from this location to surrounding cities, Kalera can ensure the highest quality and freshness by delivering product to customers within hours of harvest, rather than days or weeks.”

The company utilizes cleanroom technology and processes to eliminate the use of chemicals and remove exposure to pathogens. With indoor facilities situated right where the demand is, Kalera is able to supply an abundance of produce locally, eliminating the need to travel long distances when shipping perishable products. Kalera's plants grow while consuming 95% less water compared to field farming.

In addition to its R&D center, Kalera opened its first commercial vertical farm, the HyCube growing center, on the premises of the Orlando World Center Marriott to bring fresh, local produce to the hotel’s visitors and customers. In March this year, it announced the opening of its second facility in Orlando, and in April, announced that it will open an Atlanta facility in early 2021. The Houston facility is the fourth farm in Kalera’s portfolio, and will soon be joined by more in the United States and around the world. Kalera also made headlines after pivoting their business strategy amidst the COVID-19 crisis, shifting from a foodservice-focus to land their produce in the aisles of Publix. During this time, Kalera also organized giveaways for the Orlando community, giving away tens of thousands of heads of lettuce to provide access to fresh, local, produce to residents.