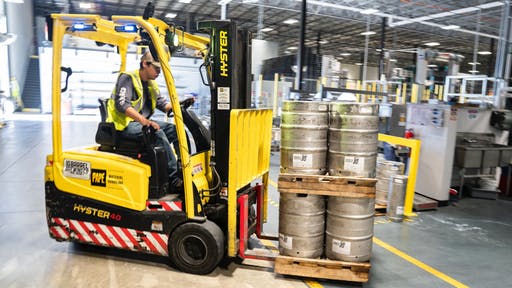 “Propane is already known to be the leader for facility operations needing reliability and versatility from their forklift fuel,” says Jeremy Wishart, PERC director of off-road business development. “The results of this study further reinforce the green advantages of a propane forklift as part of its long list of benefits, which includes a lower purchase price, inexpensive fuel costs, and increased productivity because the equipment never needs to stop working to recharge.”

From August 2016 to January 2017, PERC contracted with the Gas Technology Institute (GTI) to execute a comparative emissions analysis study of propane forklifts. The study leveraged tools and reports under GTI’s Carbon Management Information Center consortium, including its Source Energy and Emissions Analysis Tool (SEEAT), which uses government and published data sources to estimate emissions associated with the full-fuel-cycle. The study analyzed GHG, NOx and SOx produced by propane, gasoline, diesel and electric forklifts.

The analysis found the following emissions reductions with propane forklifts:

4 Reasons to Consider Propane Equipment for Food and Beverage Operations