As the Coronavirus (COVID-19) pandemic alters the landscape for food brands, these companies are looking to new leadership appointments for growth. 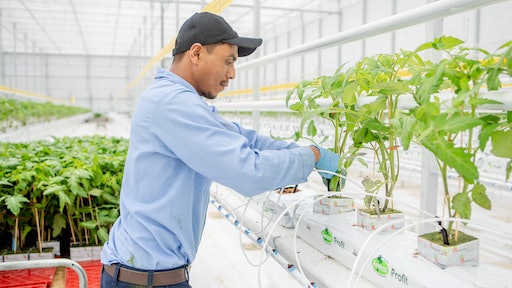 Mignella comes from a variety of roles in the food world at companies such as Ingredion and Cargill, having a thorough knowledge of how the industry works from ideation to shelf.

The International Institute of Ammonia Refrigeration board of directors has promoted its executive vice president Gary Schrift to president as Dave Rule steps down. He has spent almost two decades with the GEA Group in numerous roles throughout different departments such as operations, change, claims and project management including being sales manager of food and beverage products in North America.

Schrift plans to streamline efficiency in the organization and expand on current services that he believes helps allow companies in the sector create safe products. He aims to build upon what the institute already has in place, maintain financial stability and expand its educational program, the Academy of Natural Refrigerants.

Reporting to president and chief operating officer Youssef Zakharia Gold will be focused on business growth for the brand. She has 25 years of experience across various organizations such as Before Brands, PepsiCo, Sabra Foods and Yum!.

Zanelle Hough is expanding Nature Fresh Farms’s sales team, joining as retail sales account manager with 14 years of experience in logistics and sales. She first started her career working for a South African exporter in logistics and moved throughout the industry working at other major companies such as Walmart’s Sam’s Club, Freshworld and Sunkist and moving into more of sales role.

The new addition follows the promotion of the founder's son to director of sales.