Logistics and cold chain companies are ramping up senior management teams, hoping to better prepare for the rest of 2020. 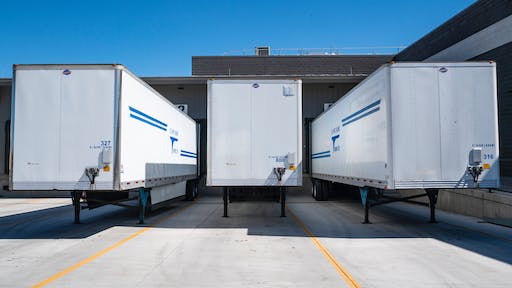 Executive vice president and chief legal officer Kellye Walker has decided to move on from Huntington Ingalls Industries (HII) to pursue another opportunity, making way for Chad Boudreaux to take over on March 31.

Boudreaux moves up from his position as corporate vice president for litigation and chief compliance within the company. He will now be responsible for the entire legal team, reporting to president and CEO Mike Petters. He first joined the group in 2011 as the associate general counsel for litigation, investigations and compliance.

Cook is recognized in the company for taking care of corporate strategy functions and improving effectiveness of its finance, accounting, tax and treasury. In tandem with gaining the “executive” title, Cook will also gain responsibility for overseeing Motion’s Information Technologies.

The executive has almost three decades of experience behind him, and previously spent 18 with Berkshire Hathaway’s Shaw Industries.

Experienced attorney and current executive director of Port of Long Beach in California, Mario Cordero has been elected as chairman of the board of the American Association of Port Authority. He will step into the role beginning this upcoming September, during the association’s annual convention in Québec City, Canada.

Current chairman Gary Nelson will step down, after beginning his term in October 2019.

Cordero plans on focusing on economic stability, jobs, sustainability and long-term growth during his time as chair. He is celebrated for his work in developing Long Beach’s Green Port Policy, which focuses on sustainability at the port.

According to the AAPA, ports are likely to invest $154.8 Billion in infrastructure improvements throughout the next five years.

Modality Solutions Leans into Medical Device Growth in US Through Engineering

Modality Solutions is growing its engineering team with the addition of Carson Dickey, who will focus on combination medical device qualification and validation in the biopharmaceutical cold chain to capitalize on the growing United States market. The pharma engineering firm states that it believes it is advancing innovative forms of treatment in the market, and it believes that packaging is fundamental in keeping up safety standards.

Dickey will act as a significant part of this focus, as he will design and validate thermal packaging for environmentally sensitive products. He has experience in designing polymeric medical device technologies and integrating antimicrobial properties in devices as well as testing plans.

Wabash has pivoted to focus more on sustainable practices, and has showcased a zero-emissions composite refrigerated tractor-trailer.

Continental North America is celebrating a new president as Robert Lee takes over for Jeff Klei, who is retiring after 30 years. Lee first joined Continental in 2014 as the president and CEO of its Automotive Korea division after a wide-ranging career in the automotive and tech industry.

Lee will take control of customer relationships in addition to other external partnerships like governmental.