As China is exporting less grains from the U.S., farmers are looking for ways to store the crops. 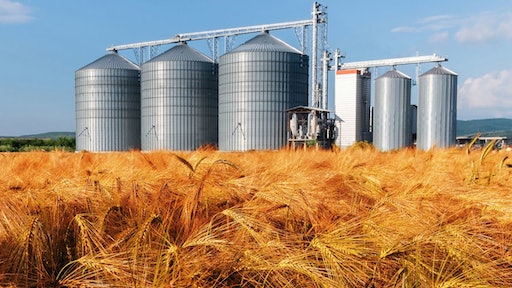 U.S. farmers are finishing their harvests, but the lack of storage space is presenting challenges as they have limited buyers.

Some farmers are resulting in costly solutions like letting the crops rot instead of harvesting more. However, local elevators, giant silos run by international grain merchants that store grain, aren't looking to buy as much damaged grain as the elevators are already full.

This is just the latest result of the trade war between the U.S. and China. Silos are full and export demand for grains has dramatically dropped. The St. Louis Post Dispatch reports that farmers planted 89.1 million acres of soybeans this year expected China to exports to rise, however, the country slapped a 25 percent tariff on the grain, effectively shutting down exports worth around $12 billion.

Farmers are paying up to 40 percent more to store crops than in previous years. Rates are fluctuating depending on the location of the elevator as well. The St. Louis Post Dispatch reports that elevators located near are charging more than their inland counterparts due to being more dependent on export markets. Meanwhile, some merchants are charging additional fees for farmers who deliver damaged goods.

Prior to the season's harvest, about 20 percent of grain storage was already filled with crops from previous harvest -- the highest its been in 12 years.

Indiana Farmers May Experience a Shortage in Grain Storage