Albertsons' financial trend line remains positive despite slipping back into the red during the latest quarter. 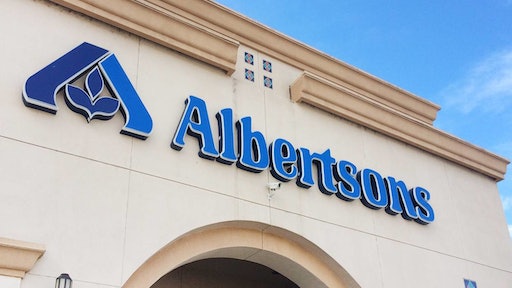 Albertsons' financial trend line remains positive despite slipping back into the red during the latest quarter, Idaho Statesman reports.

The grocer reported a net loss of $17.7 million for the quarter that ended June 16. However, a year earlier the company reported a $205 million loss the same quarter. Albertsons' sales and other revenue increased 1 percent last quarter, while same-store sales only rose 0.2 percent, according to Idaho Statesman.

The chain continues to be burdened by the debt its owners took on to reunite the remaining stores of the old Albertsons Inc chain in 2013. Without the debt, Albertsons would be profitable, Idaho Statesman reports.

to improve efficiency, the chain is looking toward its distribution centers.

The company's president and chief operating officer, Jim Donald, says "We've seen improvements in our pricing, the perception of quality of our meat and produce and the speed of checkout."

Albertsons is planning to go public later this year when it acquires the remaining portion of the Rite Aid drug-store chain, Idaho Statesman reports. However, some stockholders have urged Rite Aid to reject the sale saying that the deal price is too low. The purchase awaits approval by Rite Aid's stockholders and federal regulators when they plan to meet on Aug. 9.

How a Spike in E-Commerce Will Impact Food Suppliers

Why Manufacturing Will Be Better Despite Fewer People On-Site

Manufacturing companies in the forefront of this inexorable shift to IIoT, starting with machine health and performance, will reap the benefits in terms of predictability, reliability and scheduling flexibility.
Augury Inc.
October 29, 2020

Grocers that fail to adapt by investing in automation will lose their competitive edge.
Fabric
October 27, 2020